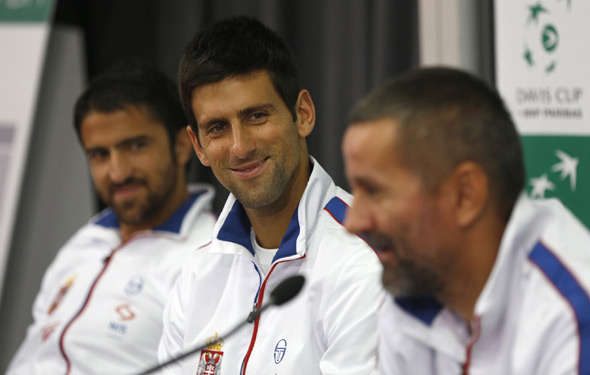 The 2013 Davis Cup by BNP Paribas Final sees two of the most consistent nations in recent years going head to head at the Belgrade Kombank Arena (15,500) as Serbia hosts title holders Czech Republic.

World No. 2 Novak Djokovic will lead the 2010 champion in its second-ever Davis Cup final (15-17 November).

“After that win for Serbia in 2010 we said that we might not have another opportunity to play at home and fight for this title,” said Djokovic at the pre-draw press conference. “Now three years later it happens that we have a second chance to win the title at home, which is great. Hopefully we can use the unity that we have as a team and the experience that we have as Davis Cup champions.”

No.238-ranked Ilija Bozoljac and no.14 doubles player in the world Nenad Zimonjic will join Nole on the squad. World no.36 Janko Tipsarevic is doubtful for the final because of a chronic heel injury. The final decision on whether he will play will be made on Thursday.