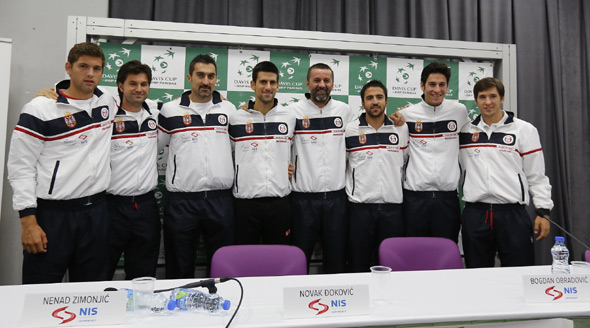 Draw has been made for the Davis Cup by BNP Paribas final. Serbia hosts Czech Republic in Belgrade Kombank Arena (15,500).

World no.2 Novak Djokovic and Radek Stepanek (46) will open the 2013 Final between the 2010 champions and reigning title holders.

No.117-ranked Dusan Lajovic has been nominated for Serbia, as Janko Tipsarevic is still in recovery process following a right heel injury.

“We’re playing in the finals of the Davis Cup, expectations are there, but we are used to it. We won the title back in 2010, and we hope that this experience can help us this year, this weekend,“ Novak said. “Absence of Viktor and Janko in our team is a big disadvantage for us, and handicap, but I still believe in this team with the players we have, and hope that with the support from the crowd we can make it.“