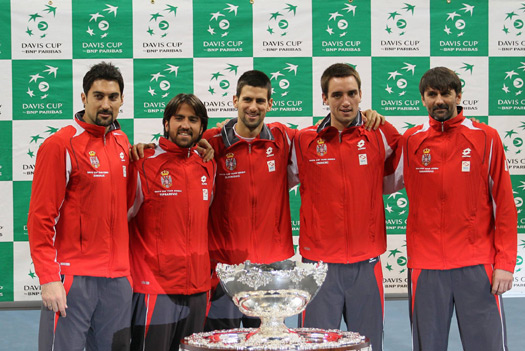 Novak didn’t seemed surprised by the French decision to go with Simon in the singles:

“That’s what we kind of expected,” said Nole after the draw. “Regardless of who I play, I have to be on top of my game. It’s the finals of Davis Cup. Everybody will try to perform their best and everybody will have a lot of motivation to play great tennis in these three days.”

Serbia is bidding to become the 13th nation to be crowned Davis Cup champion.