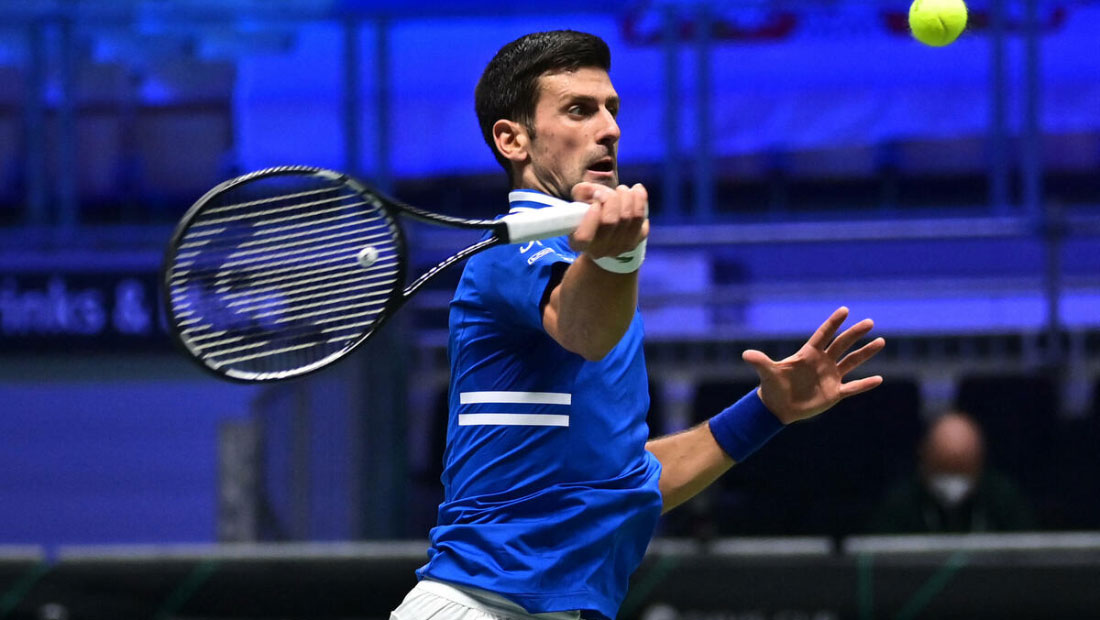 World no.1 Novak Djokovic produced a rock-solid performance on Friday at the Davis Cup Finals, defeating Dennis Novak 6-3, 6-2 to give Serbia a 2-0 lead against Austria in Group F in Insbruck.

The 34-year-old tennis ace was dominant throughout the match, winning 85 % of his first serve points and breaking three times to record his 35th Davis Cup singles win, the most ever by a Serbian player.

Djokovic, who led Serbia to the Davis Cup title in 2010, backed up Dusan Lajovic’s win by striking 13 winners and committing just three unforced errors to seal the triumph after 58 minutes. He did not face a single break point.

“It feels great to play for Serbia again,” Djokovic said. “We are part of an individual sport, but I love to play for my country and I try to play when they need me. It has been a long year, but you always find extra motivation playing for your country.”

Serbia will play against Germany tomorrow at the same time (16.00 CET).