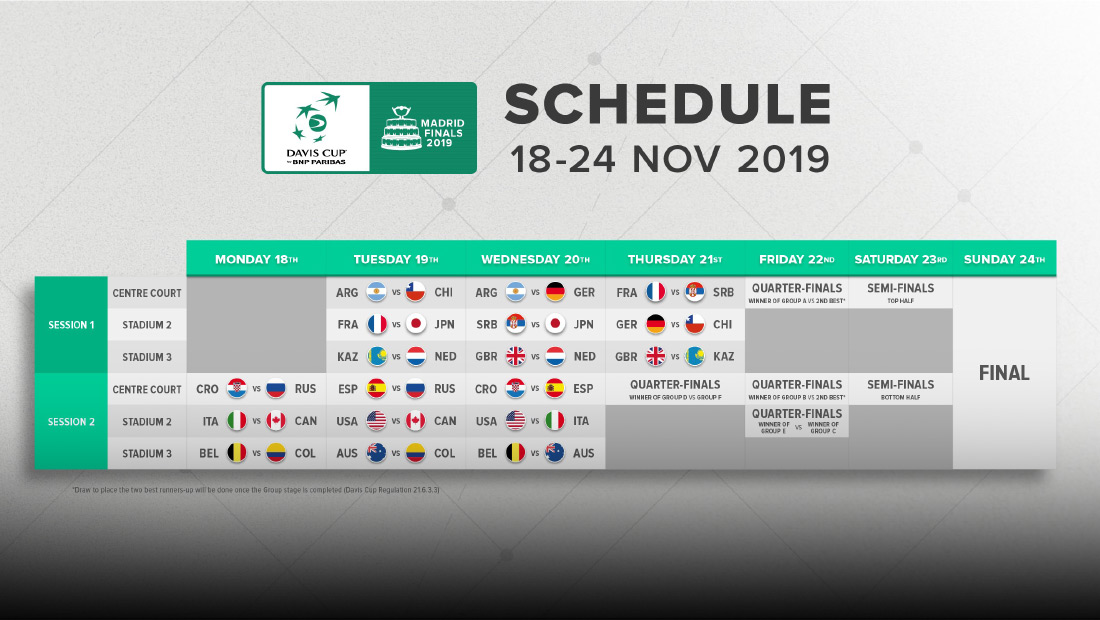 Davis Cup Finals to kickstart in Madrid on Monday

For the first time in the history of the event, the 18 best tennis teams in the world, including some of the world’s top players, will meet in the same city, over a single week, to decide who takes the Davis Cup title.

* Each tie will consist of two singles matches and one doubles match, with rubbers played over best of three sets tiebreak sets.