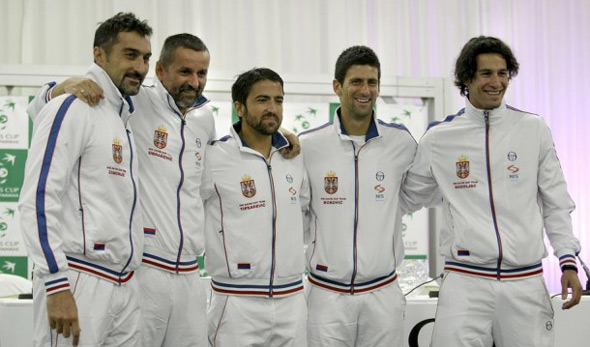 Serbia  is through to the Davis Cup by BNP Paribas final for the second time after an epic 3-2 win!

“I think I played two outstanding matches given that I had to make a rapid change of time zones and surfaces. The home crowd support carried me to victory. I returned serve well and tried to force Raonic into long rallies because I knew I’d have the upper hand in that department, and I was also aware that my experience in the competition could be a telling factor,” Novak said.

The 2010 champions will host the Czech Republic in the Davis Cup final, taking place in Kombank Arena from November 15-17.

“This is one of the sweetest wins of my career and I hereby wish to thank my team mates for their support. See you right here in the final against the Czechs,” Janko said in a courtside interview.