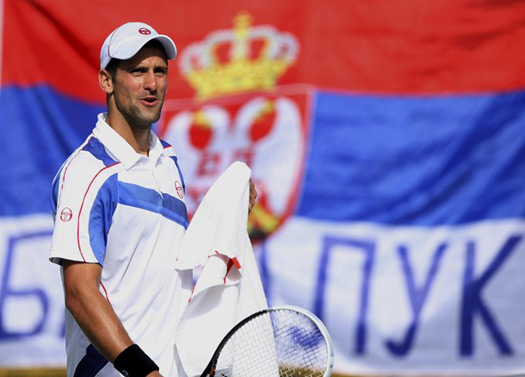 World no.3 Novak Djokovic will not join the Davis Cup team of Serbia for the Davis Cup World Group first round tie against India, that will be played on an indoor hard court at the Spens Sports Center in Novi Sad from 4-6 March.

“Unfortunately, this time I won’t be part of the Davis Cup team in the tie against India in beautiful city, Novi Sad. Together with my teammates and Davis Cup captain, I decided to rest this time. I am confident that they will win this tie and they have my full support.”

After winning the Australian Open and completing a hat-trick of Dubai Championships titles, Nole is heading to California so he can prepare for a run on US hardcourts from March 10 when Indian Wells, the first of the nine ATP World Tour Masters 1000 events, starts. Djokovic is hoping to continue the year strong.

“I feel physically well, fit, and mentally motivated to do even more coming up to Indian Wells and Miami where I haven’t done well in the last years. So I really want to work hard and get some good results in the US,” said Novak about the upcoming challenges.

Serbia begins Davis Cup title defence next weekend. In 2010, Novak was leading his country to Davis Cup title (d. France 3-2) for the first time in its history, while going 7-0 in singles.

Everyone in the Serbian team knows it won’t be the same without Novak, but players, the reigning world champions, are optimistic and believe they will beat India without Nole in the squad.