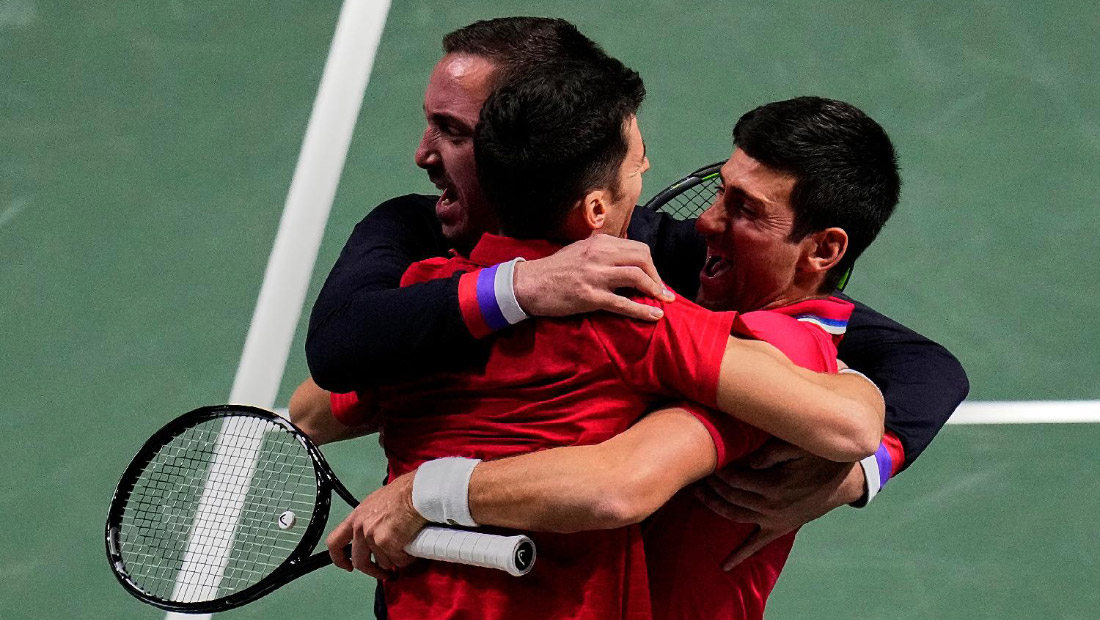 Serbia is through to the Davis Cup semi-finals following a comeback 2-1 win over Kazakhstan on Wednesday.

World no.1 Novak Djokovic kept Serbia’s hopes alive for a semi-final spot in the second match of the day when he cruised past Alexander Bublik 6-3, 6-4 in one hour and 16 minutes.

Novak broke in the fourth game to seal the opening set. The second set followed a similar pattern with Djokovic once again getting a break, this time in the third game. The Serbian ace, who lead his team to the Davis Cup title in 2010, won 91 % of points on his first serve (29/32).

In the deciding doubles match, Novak Djokovic and Nikola Cacic teamed up to beat Andrey Golubev and Aleksandr Nedovyesov 6-2, 2-6, 6-3.

“I’m proud of the fighting spirit. We dropped off in the second set, but we managed to bounce back and held our nerves. The start of the third set was crucial. I am proud of Nikola and proud of this team,” Novak said on court.

Serbia will face Croatia in Friday’s semi-final at the Madrid Arena (16:00 CET).