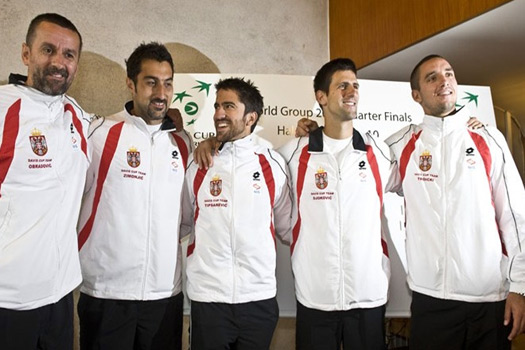 Serbia needs only one more point to set up Davis Cup semifinal clash with Argentina.

The draw for Sweden vs Serbia Davis Cup World Group quarter-final tie (08 July – 10 July 2011) was made on Thursday in Halmstad.

In the second, Nole was replaced by Tipsarevic. The Wimbledon champion has withdrawn because of a sore knee.

Janko played just nine games against Davis Cup debutant Ervin Eleskovic (355) before the Swede retired with a knee injury. Tipsarevic was leading 6-2, 1-0 after 44 minutes when the rubber came to an end.

On Sunday at 13:00 CET Djokovic plays against Ryderstedt. The second match sees Troicki take on Eleskovic.