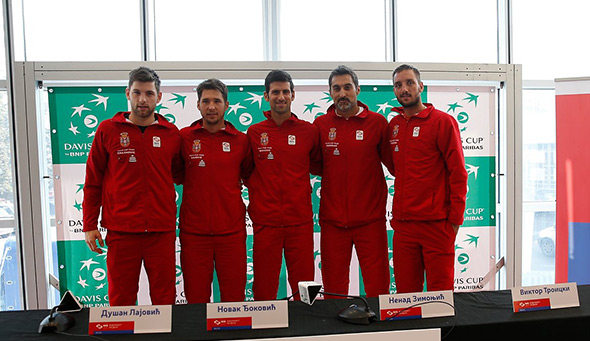 The draw for Serbia vs Russia Davis Cup by BNP Paribas World Group first round tie (03 February – 05 February 2017) has been made in Nis on Thursday.

Viktor Troicki (37) faces Karen Kachanov (52) in the first rubber at 15:00 CET. World no.2 Novak Djokovic will follow against Daniil Medvedev (63).

The doubles match is scheduled on Saturday at 16:00 CET. Serbian duo of Nenad Zimonjic and Viktor Troicki face Andrey Kuznetsov and Konstantin Kravchuk.

On Sunday at 14:00 CET, Novak plays against Kachanov. The second match sees Troicki take on Medvedev.