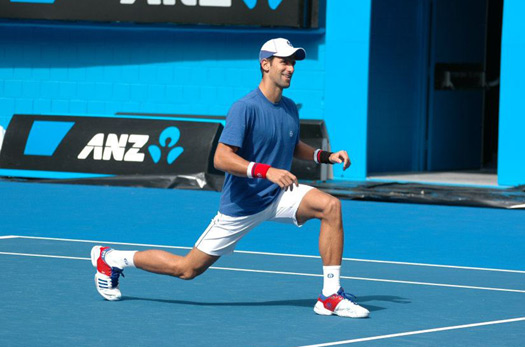 Nole arrived in Melbourne, where the first Grand Slam of the season – Australian Open will take place from January 16 to 29 at Melbourne Park.

The 2008 and 2011 Australian Open champion arrived at the scene of his first Grand Slam triumph on Thursday afternoon. His first gesture: placing a kiss on the blue Plexicushion before warming up for a practice session.

The world no.1 hit with two of Australia’s best juniors: Maverick Banes and Andrew Harris. 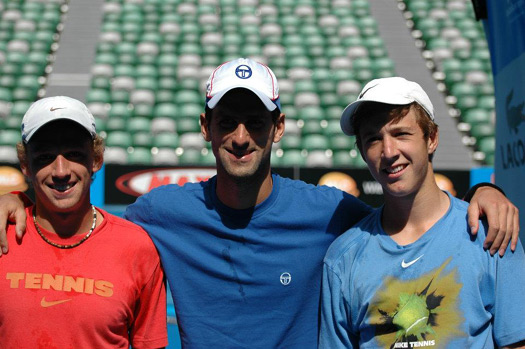 Fresh from winning the exhibition event at Abu Dhabi last week, Nole was in a playful mood.

The 24-year-old Serbian star starts 2012 a favourite to claim his third Australian Open title, having climbed to the top of the rankings with a mind-blowing streak that saw him capture the Australian Open, Wimbledon and US Open titles.

“I think the crucial couple of weeks is now, for me to prepare for Australia. We’ll see. It’s a long year and a difficult task, but I’m looking forward to it.”