Djokovic advances into the quarterfinals of Monte Carlo Masters! 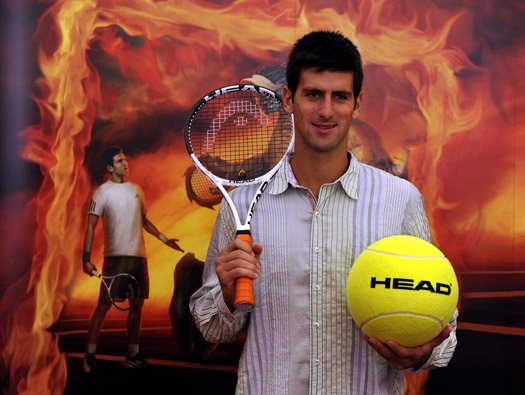 Third-seeded Novak Djokovic is through to the quarterfinals of Monte Carlo Rolex Masters with a 6-1 6-7(4) 6-0 win over world no.36 Spaniard Albert Montanes in 1 hour and 45 minutes.

Djokovic broke his opponent’s service twice in the first set, and needed just 22 minutes to take it 6-1.

With two breaks advantage, at 4-1 in the second set, Nole let Montanes break his service for the first time in the match. The Spaniard then held for 4-3, when play was suspended. After the rain delay the 21-year old Serb had a break/match point at 5-3 but Montanes held and then broke Djokovic’s service again in the tenth game to equalise to 5-5. The set went to a tie-breaker and the Spaniard won it 7-4.

World number three finally found his rhythm again and cruised through the third set with three breaks of Montanes’s service for 6-0.

Nole’s opponent for a place in the semifinals will be seventh-seeded Fernando Verdasco of Spain who crushed his countryman David Ferrer 6-2 6-1.

The two players have met four times so far, their H2H is 2-2.