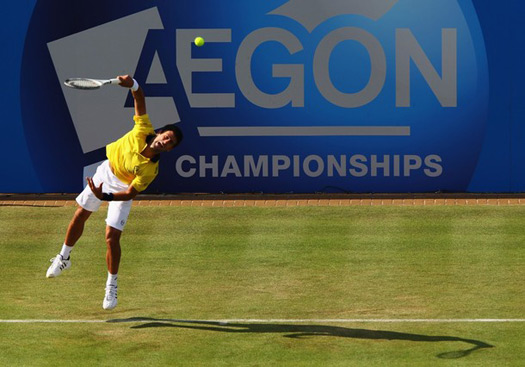 A break in the tenth game of the first set was enough for Moodie and Norman to take it 6-4 in 33 minutes.

Both pairs held their serves in the second set, so it went into a tie-breaker. The Serbian-Israeli combination won it 8-6 in 50 minutes.

Djokovic and Erlich were dominating in super tie-breaker, making four mini-breaks to their opponents’ one, and closed it convincingly 10-3.

They will play against no.8 seeds Julien Benneteau (FRA)/Michael Llodra (FRA) for a place in the finals (Saturday about 17.30 CET).