Djokovic and Troicki advance into quarterfinals! 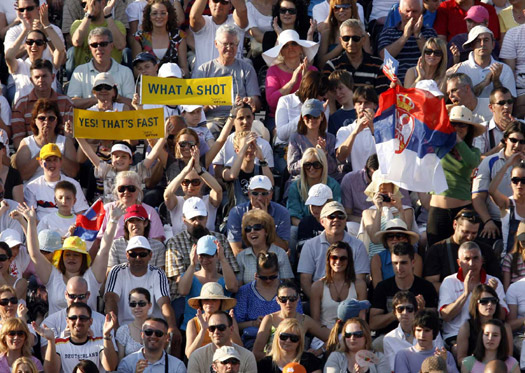 Novak Djokovic and Viktor Troicki defeated Austrian combination Knowles/Melzer in the opening round of the doubles competition at the ATP tournament in Halle in three sets 7-5 3-6 10-6.

Serbian pair broke their opponents’ service in the 12th game of the first set to take it 7-5.

Knowles and Melzer made a break in the third game of the second set and won it 6-3.

Novak and Viktor were dominating in super tiebreak. They clinched their first victory in Halle after 1 hour and 19 minutes.

Djokovic and Troicki will meet Nicolas Kiefer/Mischa Zverev in the quarterfinals. The Germans beat no.3 seeds Martin Damm/Robert Lindstedt 6-4 7-6.