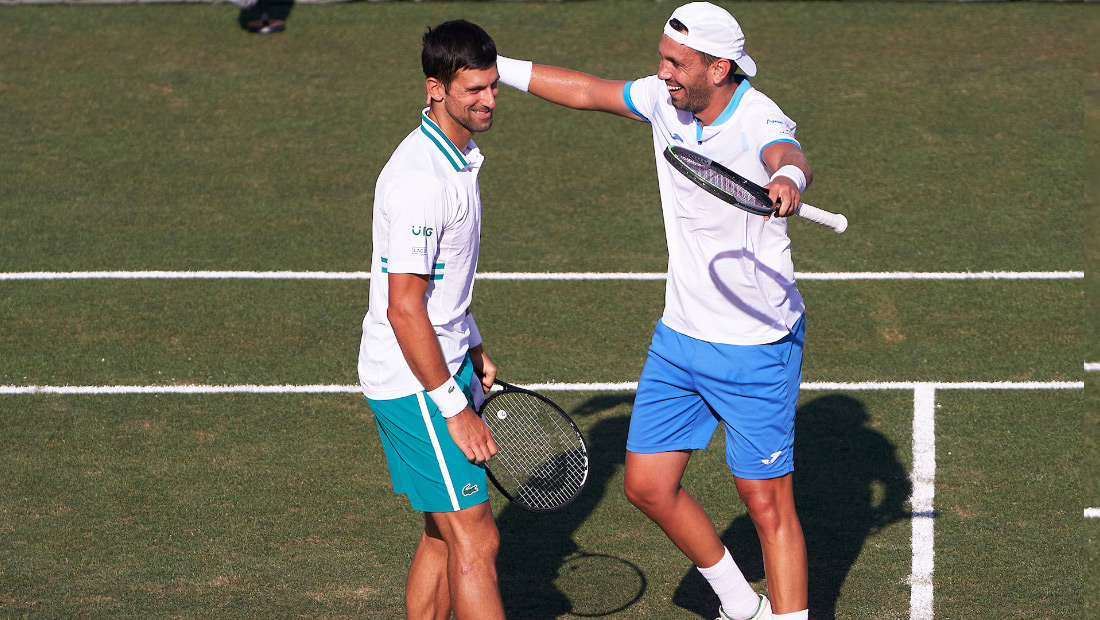 Novak Djokovic and Carlos Gomez-Herrera caused another upset in the Mallorca Championships doubles draw on Thursday.

Nole and Carlos needed just 81 minutes to book their place in the title match.

They broke in the sixth game of the first set and went on to clinch the second set in a tie-break.

The two good friends will play against either no.4 seeds Simone Bolelli (ITA)/Maximo Gonzalez (ARG) or second-seeded duo of Marcus Daniell (NZL) and Philipp Oswald (AUT) on Saturday.

Novak will be looking to win his second doubles title.