Djokovic is back to no.2 in the ATP Rankings! Final vs Nadal at 10pm CET! 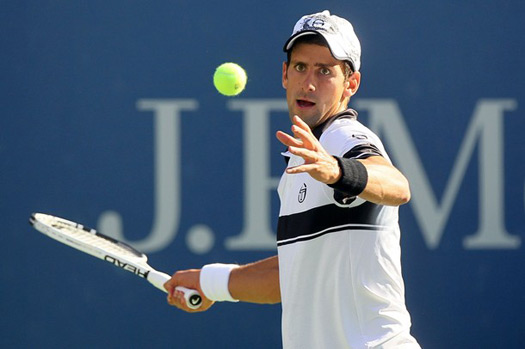 In the latest ATP Ranking list as of September 13, Novak is again ranked second player in the world!

As a result of reaching US Open finals, the best Serbian tennis player has climbed to no. 2 in the rankings again this week, overtaking Roger Federer, who has dropped to position no.3.

Novak has won 480 points more than last year going one step further in New York. He now has 7,145 ATP points, 410 more than the Swiss. The 23-year-old Belgrade native will earn 800 more points if he wins the US Open trophy.

After the epic win over Roger Federer, Nole joked about wishing for a washout of Sunday’s final so that he would have an extra day to recover from his five-set battle.

“I don’t know the rituals, how to invite the rain,” the Serb joked after the match. “An extra day would be great.”

Novak got his wish on Sunday when rain forced organisers to postpone the final till Monday at 4pm (10pm CET). The men’s championship match at Flushing Meadows will be played on Monday for a third consecutive year. Before 2008, the men’s final had not been postponed to Monday since 1987.

Djokovic said that he was thankful for an extra 24 hours to prepare rather than having to play back-to-back on Saturday and Sunday.

“Definitely after a difficult match, an exhausting match with Roger I needed a little more time to cool off, so maybe the rain delay goes in my favour. But a final is a final and I would always find the energy… I will try to rest as much as I can and get some recovery. I’m sure I will be fit for tomorrow and play my best tennis.”

It will be the 22nd encounter between Djokovic and Nadal, Rafa leads 14-7.