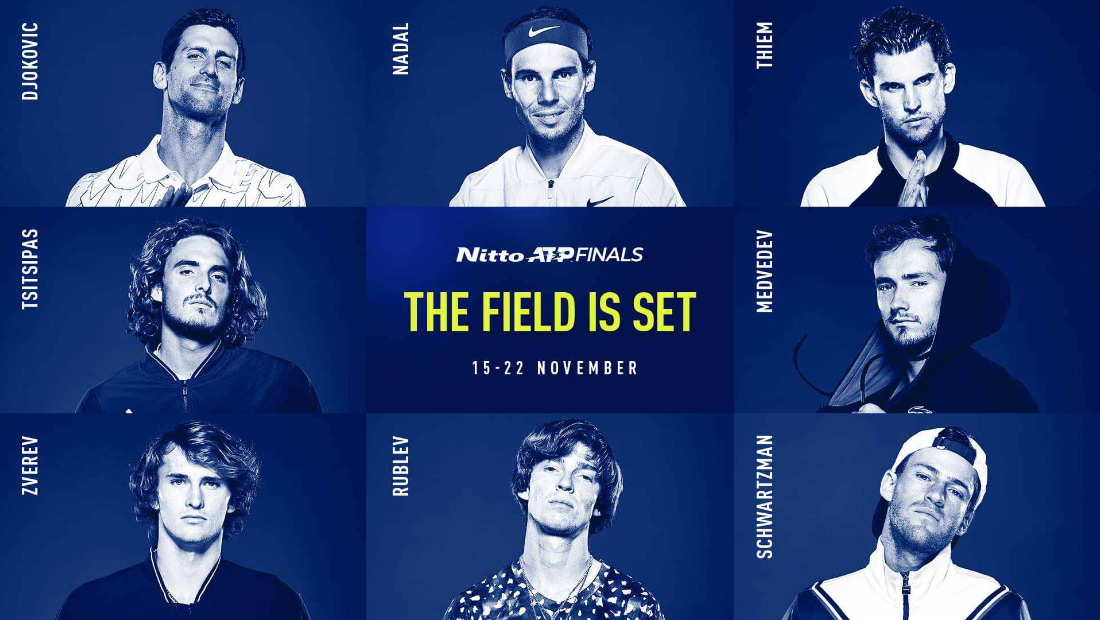 The star-studded 2020 Nitto ATP Finals is led by world no.1 and world no.2, Novak Djokovic and Rafael Nadal.

The world’s biggest indoor tournament begins on Sunday, November 15, at the O2 Arena in London, and will be played until November 22. It will be held without spectators in attendance following the guidelines of COVID-19 pandemic in the United Kingdom.

This year the singles groups are named Group Tokyo 1970 (the inaugural year of the Nitto ATP Finals) and Group London 2020 (the 12th and final year at The O2 in London).

The draw ceremony has been made on Thursday afternoon. Novak is placed in Group Tokyo 1970 with Daniil Medvedev, Alexander Zverev and Diego Schwartzman.

Djokovic will play his first match in London against Diego Schwartzman on Monday, November 16, at 14:00 local time (15:00 CET).

The winner of each group will be placed in separate semi-final brackets, with the top player in Group Tokyo 1970 playing the runner-up in Group London 2020 and vice versa.

The Finals has been held in London since 2009 and has successfully established itself as one of the major annual sporting events worldwide. The tournament will be held in Turin, Italy, from 2021-2025.