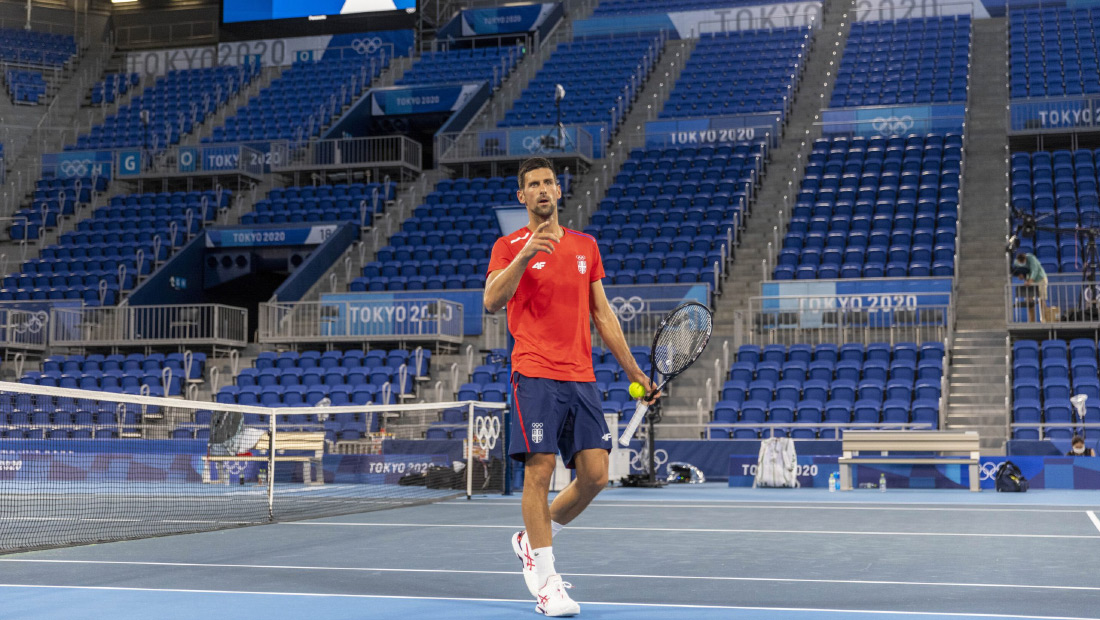 The draw for the Tokyo Olympic tennis tournament (July 24 to August 1, 2021) has been made.

World No.1 Novak Djokovic is seeking his first ever gold medal in what will be his fourth appearance at the Games after 2008, 2012 and 2016.

The 34-year-old Serbian star was a bronze medalist at the 2008 Beijing Olympics. In London 2012, he fell in the bronze medal match to Juan Martin del Potro, who also beat him in the first round of the 2016 Rio Olympics.

Djokovic is a top seed and will open his campaign in singles competition against world no.139 Hugo Dellien (Bolivia) on Saturday about 09:30 CET.

Novak has won the year’s first three majors at the Australian Open (d. Medvedev), Roland Garros (d. Tsitsipas) and Wimbledon (d. Berrettini), keeping alive a historic opportunity to become the first man to ever to complete a golden Grand Slam.

“I am full of confidence and motivated to represent Serbia in the best possible way,” said Novak. “The Olympics, and the US Open, are obviously my biggest objectives for the remainder of the season, and it’s going to be demanding. I am inspired to play my best tennis and confident that I can win the gold medal. And then I’ll go to New York, aiming to complete it all.”