Dubai: Nole vs Istomin in Round 1 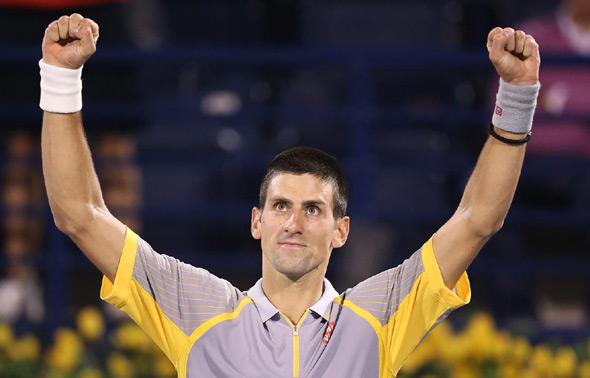 Defending champion and world no.2 returns to action this week in Dubai where he won the ATP World Tour 500 outdoor event in 2009-11 and 2013. The tournament takes place at the Aviation Club Tennis Centre from February 24 to March 1.

Novak is a top seed. He will begin his 2014 Dubai Duty Free Tennis Championships campaign against world no.43 Denis Istomin of Uzbekistan (4-0) on Tuesday.

The 26-year-old Belgrade native could meet either Roberto Bautista Agut or a qualifier in the second round.

Djokovic is making his eighth appearance (28-3 record), aiming for his fifth crown.

As a warm-up, Novak teamed up with Carlos Gomez-Herrera of Spain in the doubles competition. They lost to Tomasz Bednarek (POL) and Lukas Dlouhy (CZE) 5-7, 6-1, 5-10.