Fish withdraws, Novak through to quarter-finals 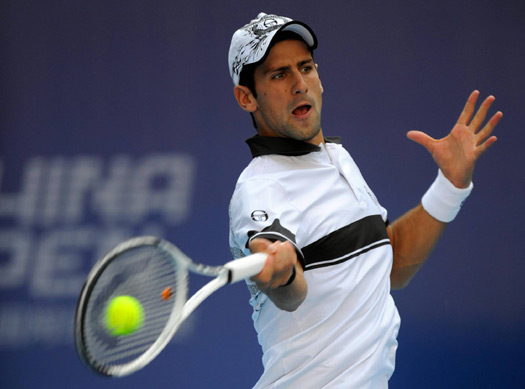 Defending champion Novak Djokovic is through to the quarter-finals of China Open after American Mardy Fish withdrew from the tournament due to a left ankle injury.

The top-seeded Serb will play against world no.43 Gilles Simon for a place in the semi-finals of the ATP World Tour 500 event. They have met five times, Novak leads 4-1.

Djokovic is in pole position to qualify for the Barclays ATP World Tour Finals in November, and he’s one step closer to that goal now. Rafael Nadal and Roger Federer have already qualified for the tournament. The remaining six places are still up for grabs. Nole is no.3, ahead of Andy Murray, Robin Soderling, Tomas Berdych, Andy Roddick, Fernando Verdasco, David Ferrer and Mikhail Youzhny.