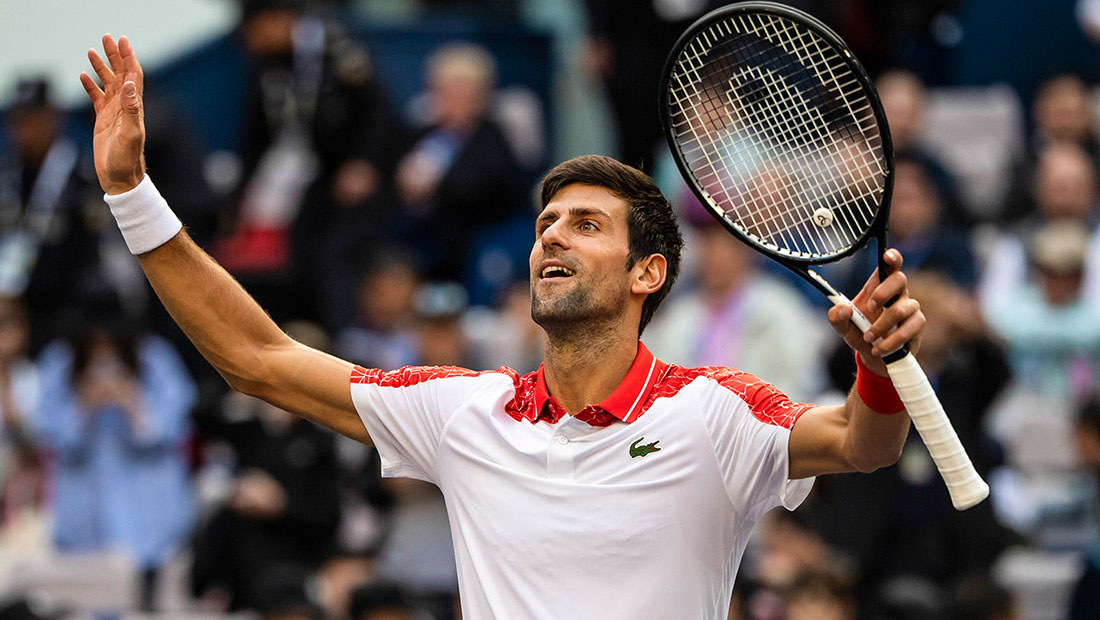 Flawless Novak secures return to no.2 with SF win over Zverev

A flawless performance from Novak Djokovic gave him a 6-2, 6-1 win over Alexander Zverev and a place in the Shanghai Rolex Masters final.

In his 1000th career match (827-173), the second seed beat the fourth-seeded German playing at an astonishingly high level on Saturday.

Zverev was also playing quite good in the first five games, but his mental strength dropped dramatically when he lost a break. The three-time former champion forced his rival into uncomfortable positions and capitalised on poorly-timed double faults. He broke twice in each set and did not face a break point en route to the victory.

Novak, who has won 71 ATP Tour titles, reached his fifth final of the year in exactly an hour.

“It was a great way to celebrate the milestone [1000th match],” said Djokovic. “I did everything I intended to do very well. I just made him always play an extra shot and tried to get as many of his first serves back in play. He had a low percentage of first serves, in general, through the entire match, which definitely helped me to get into the rally where I thought maybe I have a better chance than him with the way I’m playing. From my side, I tried to just focus on what I needed to do. I felt I executed it well“.

As a result of reaching the final, Nole will surpass Federer to no.2 when the next ATP Ranking list is published on October 15.