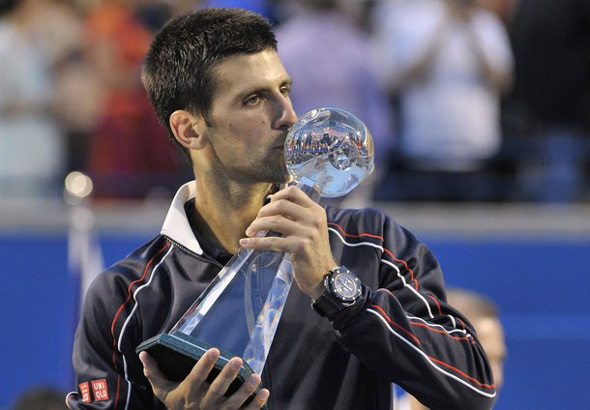 Brilliant Nole won his 31st career trophy in a 61-minute final match at the Canadian Open on Sunday!

Djokovic has now captured 12 ATP World Tour Masters 1000 shields. He surpassed Sampras and is ranked no.4 behind Nadal, Federer and Agassi.

Novak lost his first three points on serve to give Gasquet a triple-break point opportunity but then won five straight points to take a 1-0 lead. He made a break in the eighth game and finished off the set with an ace.

The 25-year-old Belgrade native took the momentum into the second set. He broke Gasquet in the opening game and again in the seventh to go up 5-2. Nole converted his second match point for his seventh win over the Frenchman in eight career meetings. 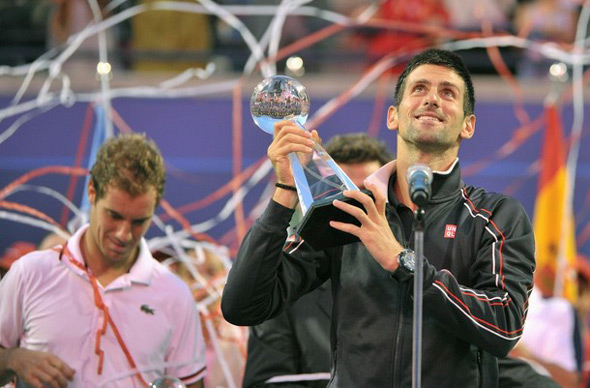 “The losses I had in the Olympic Games gave me even more desire to come here and perform my best and try to win a title,” Novak said. “I am very happy to be in this position. I truly did not expect to win this tournament after the emotional losses in the Olympics. I really took it hard and tried to bounce back and recover. And I’ve done great, I have to say.”

Djokovic saved all four break points he faced and won 87 per cent of his first serve points.

Victory moves Nole to within 75 points of the top-ranked Federer.