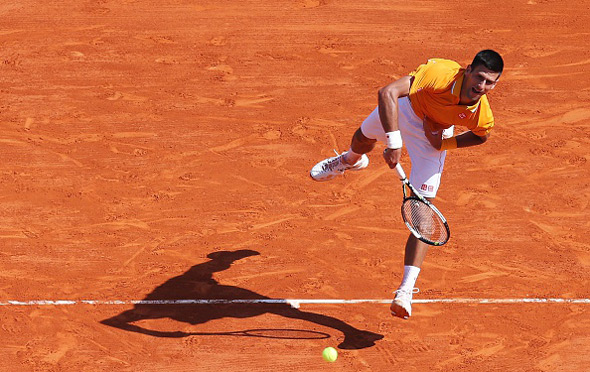 The first set lasted just 23 minutes, with Novak winning 91% of his first service points to break his rival three times. The top-seeded Serb established a 2-0 lead at the beginning of the second set and went on to close out victory in 65 minutes with a second break.

With the win, Djokovic improved to a perfect 12-0 mark against the Croat.

“The first set went completely my way,” said Novak. “I knew he was going to start to change some things in his game so he could start to play a little bit better. But I made a crucial break at the beginning of the second. The first eight games were really fantastic. I tried to keep it up, but I did drop in the concentration a little bit.”

Novak will face no.3 seed and eight-time former champion Rafael Nadal (19-23 H2H) on Saturday (not before 15:00 CET), as he bids to reach the final at the Monte-Carlo Country Club for the fourth time. Rafa beat fellow Spaniard David Ferrer in three sets.

“It’s probably the biggest clay court challenge you can have, playing against Nadal, who has had so much success on this surface, at this tournament in particular. I’ve got to prepare myself mentally for that. Other than the mental part, I think physically I’m ready. I’m not exhausted. I haven’t spent too much time on the court. Also, I’m feeling the ball really well. Hopefully, I can perform well. I know that I’m going to need to keep the high level of performance throughout the entire match tomorrow.”

Nole is looking to become the first player to win the first three ATP Masters 1000 titles of the year after completing the Indian Wells-Miami double for the third time in his career.