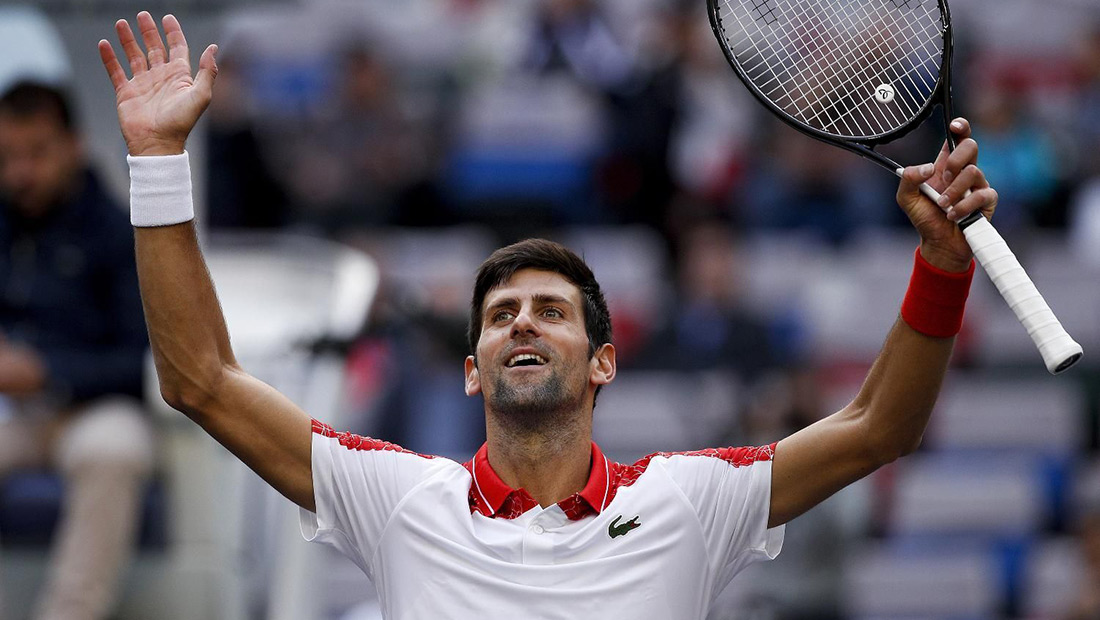 In a close first set, games went with serve. Anderson failed to convert a break/set point at 6-5, and after the eight-minute service hold, Novak grew in confidence to win the tie-break 7-1.

One break in the second set was enough for the no.2 seed to seal the win and extend his winning streak to 16 matches.

Novak won 85 per cent of his first-service points and withstood 16 aces from the big-hitting South African.

“I faced one break point today, and it was a set point,” said Djokovic. “I managed to pull through that one, and I haven’t lost too many points on my serve. So I think that’s a part of my game that maybe is undervalued in a way. But that helps me obviously when I have an opportunity to step in on a second serve or swing through in the baseline points. The conditions are very quick, so holding your serve comfortably is probably the key.”

Novak will play against no.4 seed Alexander Zverev on Saturday at 10.30 CET for a place in the ATP World Tour Masters final.

The 21-year-old German won their only previous meeting, in the final of 2017 Italian Open in Rome.