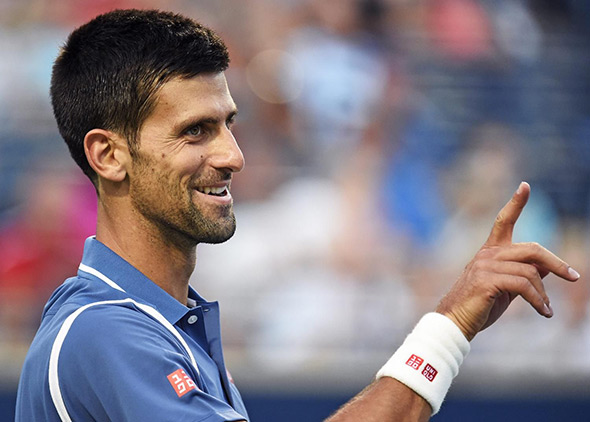 Top seed and world no.1 Novak Djokovic will have the opportunity to win his fourth Rogers Cup title after beating no.10 seed Gael Monfils 6-3, 6-2 on Saturday in the semi-finals of the ATP Masters 1000 hard-court event in Toronto.

Novak overcame a slow start and a break deficit, responding with a double break to take the opening set 6-3. The Serb rode the momentum to break the Frenchman twice more in the second set, and improved to a 50-4 W/L record on the season.

In his best performance of the tournament, Nole won 80% of points on his first serve and was 12/15 on net approaches. The match lasted 73 minutes.

The 29-year-old Monte-Carlo resident is now 12-0 in the pair’s ATP Head2Head rivalry.

“You do have a certain mental comfort knowing that you have had plenty of success against your opponent. Nevertheless, that is not a certainty. That’s not a guarantee that you can win the match. It actually makes him more eager to come out and play his best tennis,” Djokovic said.

Djokovic will contest his fifth ATP World Tour Masters 1000 final of the year, after lifting the champion’s trophy in Indian Wells, Miami and Madrid, and finishing runner-up in Rome.

The Belgrade native is through to his 93rd tour-level final and will look to win his 66th career title and a record 30th ATP Masters 1000 shield.