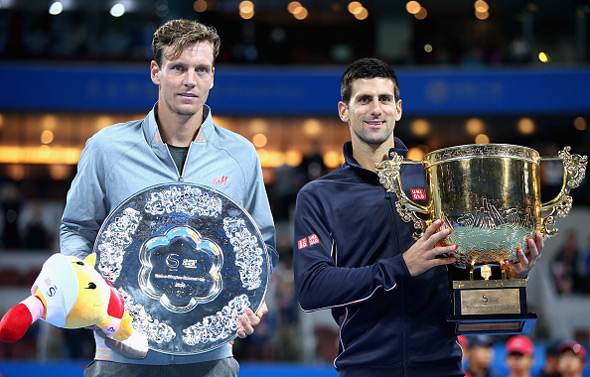 The top seed displayed masterclass performance on Sunday, breaking the third-seeded Czech three times in each set to seal the win in convincing fashion in just 66 minutes.

Novak clinched 11 games in a row, surrendering the only break serving for the match at 5-0 in the second set. The Serb closed it out two games later to capture his fifth title this year.

The pair met for the 18th time with Nole now leading their H2H series 16-2.

“It was probably my best performance in a best-of-three match ever,” Djokovic said. “It was incredible. Especially against Tomas, who has a big game and is already an experienced player. It was 6-0, 5-0 in under an hour. Everything I tried worked. To be proud of the performance is the least I can say of how I played tonight. I have played some great finals, had some convincing wins against top rivals. But with this kind of performance and with this domination result-wise, it’s never happened.“

The 27-year-old Belgrade native remains invincible at the ATP World Tour 500 event with a perfect 24-0 record. This is his 46th tour-level title.

“Beijing is definitely my lucky place. I enjoy being here. Since I first played at China Open in 2009, I haven’t lost a match on this court. I think one of the biggest reasons I play so well here is this support, hospitality and generosity of the people here.” 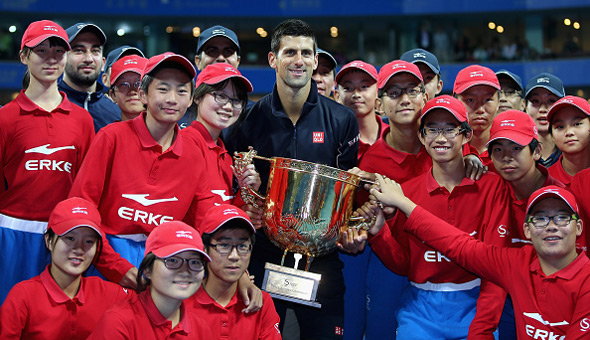 Novak strengthened his leading position in the ATP rankings. He will next head to Shanghai for the Shanghai Rolex Masters tournament where he will defend title.

The no.1 seed will open quest for 20th Masters crown in R2 against Dominik Thiem (AUT).