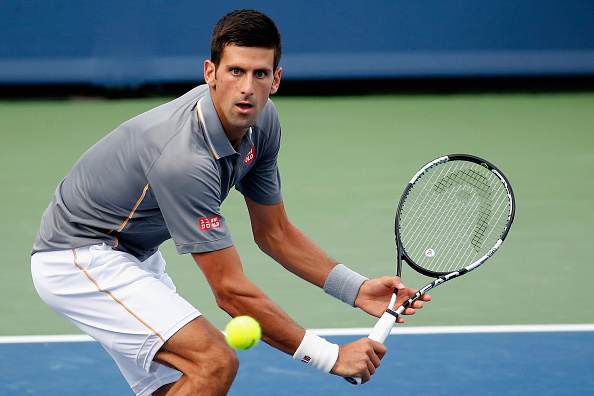 Serbia’s Novak Djokovic reached the last four at the Cincinnati Masters on Friday as he outplayed no.5 seed Stan Wawrinka 6-4, 6-1 in a rematch of the French Open final.

Novak did not face a break point in the 63-minute win over the Swiss. He improved to a 55-4 record on the season.

Djokovic converted his break point opportunity in the ninth game of the opening set and served it out after 34 minutes of play. The top seed then increased his intensity, and, with a triple break, extended his H2H lead against Stan to 18-4.

“It was the best performance I had so far this week,” said Novak. “It came at the right time against one of my biggest rivals and the guy I lost to last time we played in the finals of the French Open. I approached this match very seriously in trying to prepare myself and get myself in a good position to win. That’s what I have done. I served very well for a set and a half. He obviously didn’t play at his best level, but I felt like I was pretty solid from the back of the court and doing what I needed to do.”

This week at the Western & Southern Open, he has the opportunity to become the first singles player to claim a Career Golden Masters by completing a sweep of the nine ATP World Tour Masters 1000 titles.