Impressive Novak races through in 79 minutes! 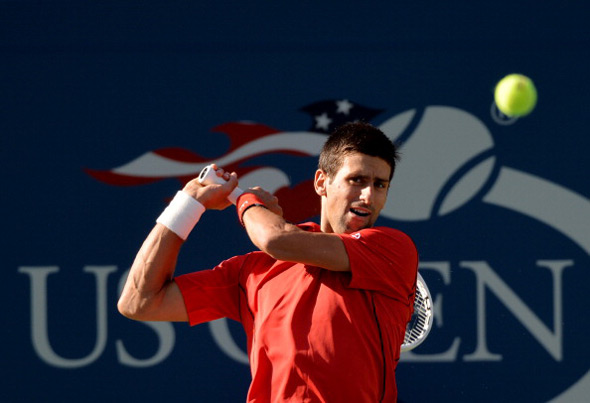 World number one Novak Djokovic raced into the US Open last eight with an impressive 6-3, 6-0, 6-0 win over Marcel Granollers on Tuesday.

The 2011 titlist completed victory in just 79 minutes and will face no.21 seed Russian Mikhail Youzhny next.

The top-seeded Serb, who hasn’t lost a set at Flushing Meadows so far, hit 34 winners to just 8 for the 43rd-ranked Spaniard.

Novak won 25 straight points on his serve to open the match. He broke his rival’s resistance in the sixth game and closed the first set with an ace in 35 minutes.

Djokovic powered into his 18th straight QF at Major events breaking Granollers three times in both second and third sets.

“It was definitely one of the best matches I’ve played in my life on Arthur Ashe Stadium,” the Belgrade native said in an on-court interview. “After 3-2 in the first set, I played flawless tennis. I had everything working, really every part of my game, so this is encouraging for me.”

The reigning Australian Open champion saved the only break point he faced, while converting seven of 14 chances against his opponent.