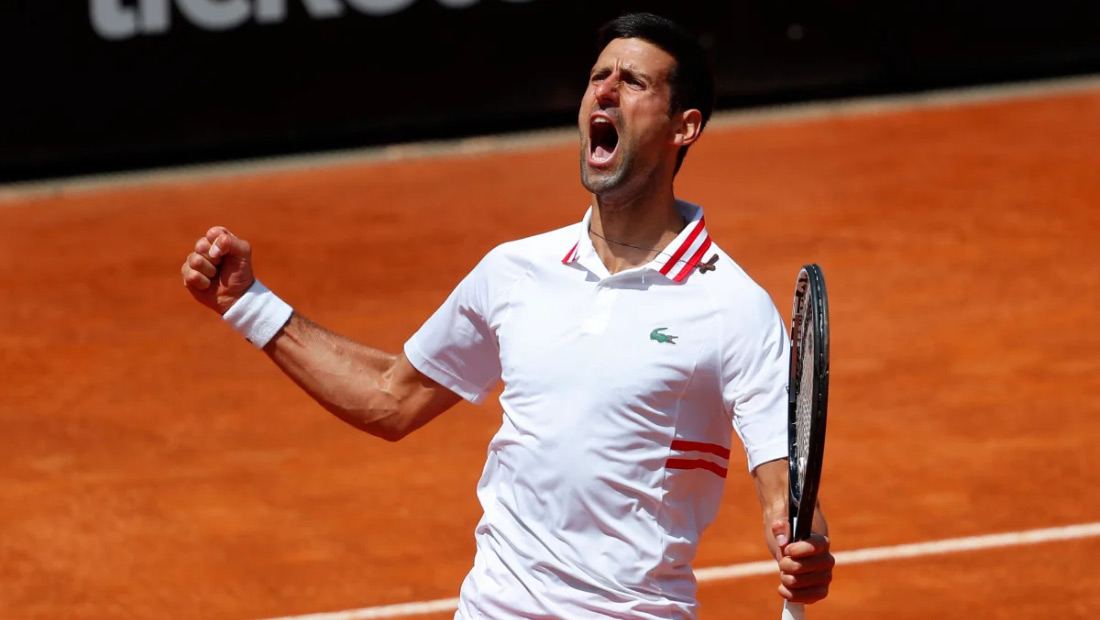 World no.1 Novak Djokovic continued his chase for a record-extending 37th ATP Masters 1000 title on Saturday, beating Lorenzo Sonego in three sets, 6-3, 6-7 (5), 6-2 to reach the final at the Internazionali BNL d’Italia for the 11th time.

The five-time champion broke Sonego’s serve in the fourth game to wrap up the opening set after 34 minutes of play.

Novak made a break in the 11th game of the second set and was serving for the victory, but failed to convert two match points. The Italian broke back, using his second chance, to force a tie-break.

The top-seeded Serb regrouped quickly after losing the second set and shifted into a higher gear. He broke twice, in the fourth and eighth games, to seal his 950th career match win.

“I bounced back very well after the second set, he had 0-40 in the first game, it could’ve been different. But I had chances as well, I only have myself to blame for not closing in straight sets,” Novak said in his post-match interview. “He is showing why he reached his first semifinals. He’s a quality player. Not easy to play against him. It was an electric atmosphere out there on the court.”

Looking ahead to the Sunday’s final challenge, Djokovic said: “I need to recover, that’s what I have to focus on. I don’t have much time and I’ve played a lot. I hope I will have fresh legs, that is necessary in order to have a chance against Rafa.”