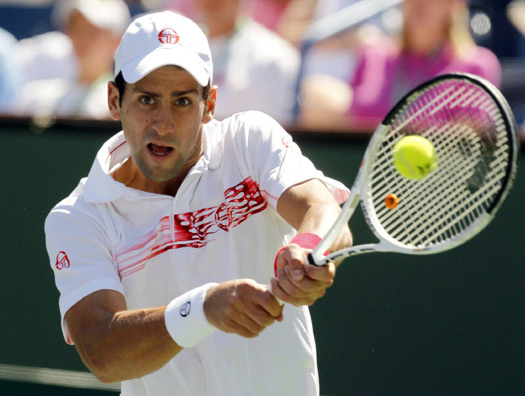 The best Serbian tennis player and 2008 champion Novak Djokovic is third seed and has a first-round BYE.

He will open his campaign against world no.39 Andrey Golubev of Kazakhstan who beat German Florian Mayer 6-2, 6-1.

Novak’s past results in Indian Wells:

Nole and his Davis Cup teammate Viktor Troicki are joining forces in the doubles competition.

They advanced to the second round with a 6-3, 7-5 victory over Argentine duo Juan Ignacio Chela and Juan Monaco.

Djokovic and Troicki will next play against no.7 seeds Lukasz Kubot (POL) and Oliver Marach (AUT).