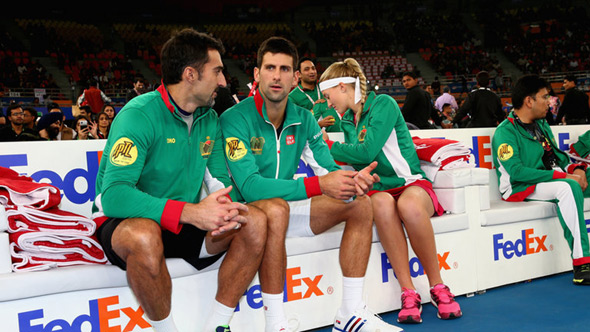 In the UAE Royals’ first match of the IPTL UAE leg in Dubai, Jo-Wilfried Tsonga (Manila Mavericks) beat Novak in a shoot-out 6 games to 5.

Novak grabbed a 2-0 lead breaking the Frenchman in the first game of the men’s singles set, but Tsonga broke back to level. Nole failed to convert a break point in the ninth game. The closely contested set finished 5-5 and Tsonga prevailed in a 5-minute extra time

However, the Royals beat Mavericks 26-25 after Nenad Zimonjic and Marin Cilic brought the victory to the team in the last set of the clash defeating Daniel Nestor and Tsonga 6-5.