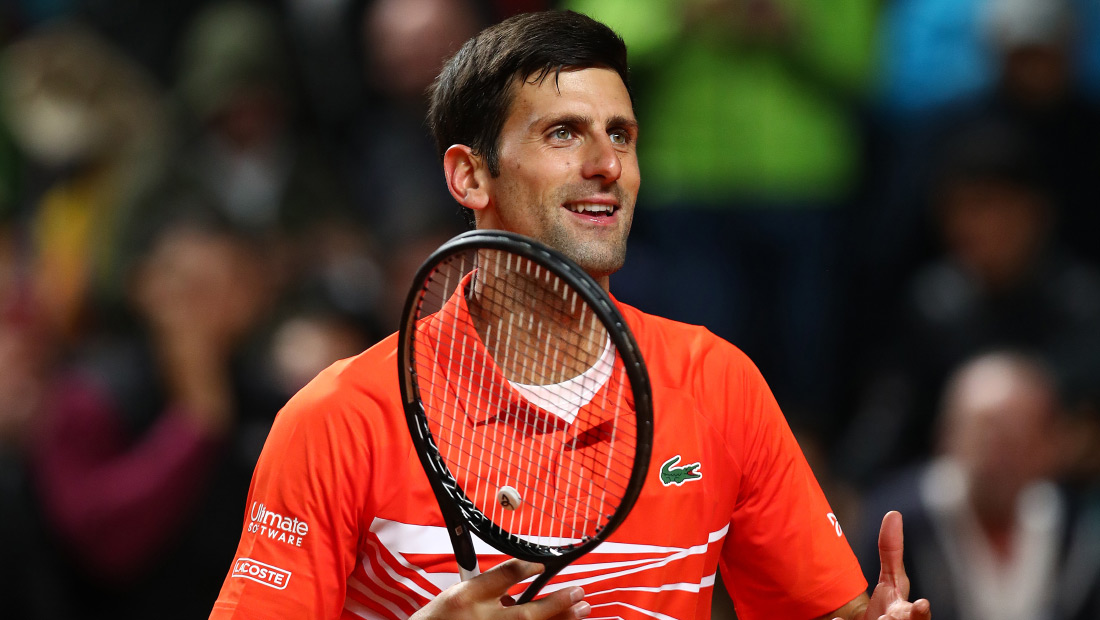 World no.1 Novak Djokovic survived a serious scare from Juan Martin Del Potro at the Internazionali BNL d’Italia on Friday, fighting off two match points to rally past the Argentine 4-6, 7-6 (6), 6-4 and reach his 10th semi-final in Rome.

Del Potro broke in the seventh game of the opening set and held for 5-3. Novak earned three break points in the 10th game, but failed to capitalise on any of them.

Djokovic was up 5-2 in the second set, but the Argentine fought back to level. The Serb fell 4-6 behind in the second set tie-break. However, he showed his composure to withstand pressure, and erased the two match points to even the contest.

Though Del Potro held to open the deciding third set, Nole made a crucial break in the fifth game, improving to a 16-4 career mark in their H2H meetings.

“He was playing really well, gave me a lot of trouble. I never lost faith I could come back to the match. One break of serve, mini break in the tie-break when he was 6-4, more or less open forehand that he was making the entire match, that’s all it took for me to come back,” Djokovic said. “He missed a couple of crucial points in the tie-break. Also break point third set, quite easy forehand. That’s what happens. That’s sport. I’m just really pleased to overcome this challenge.”