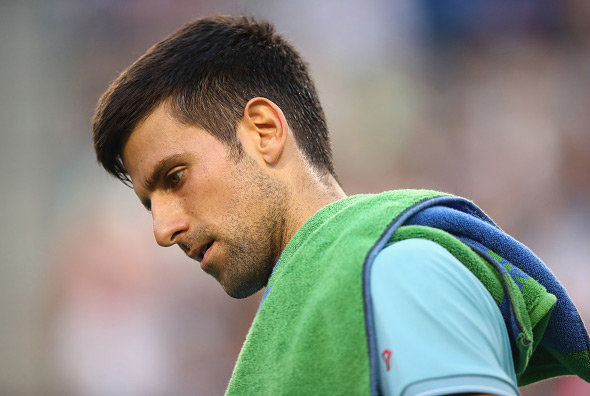 Playing Nick Kyrgios for the second time in three weeks, after losing to the 21-year-old Australian in straight sets in Acapulco quarters, Novak was again stopped by the Canberra native on Wednesday in the fourth round of the BNP Paribas Open.

In a powerful display, Kyrgios mixed phenomenal serving with an array of hot shots to beat the five-time former champion 6-4, 7-6 (3) in one hour and 52 minutes.

Kyrgios lost only seven points in the first set, just two behind his first serve. He served out the opener with an ace. Djokovic had no break point opportunities during the match. The second seed saved two break points in the 11th game of the second set to force a tie-break. The Australian dominated it and closed it out with another huge serve, ending Nole’s historic 19-match win streak at the Indian Wells Tennis Garden.

“Nick served so well. I just wasn’t managing to get a lot of balls back on his serve, first and second, as well. So I guess that’s what made a difference,” Novak said. “Undoubtedly he’s capable of a lot of big things. Things are coming together for him. He has a big game.”

Next tournament for Novak will be the Miami Open presented by Itaú from March 22 to April 2. The six-time titlist beat Kei Nishikori in the 2016 final 6-3, 6-3.