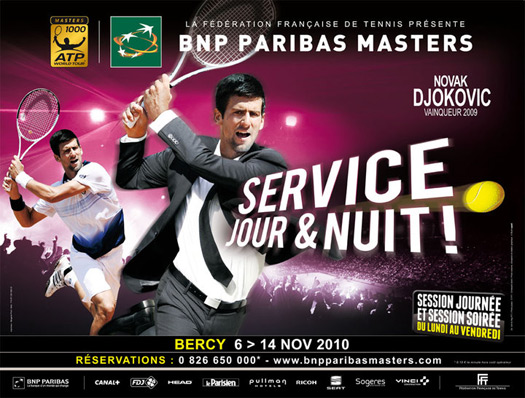 Defending champion Novak Djokovic is seeded no.2. World no.1 Rafael Nadal withdrew from the Paris Masters on Friday because of a shoulder injury.

Forty eight players will take part. Sixteen seeds (1-16) get BYE in the first round. Nole will begin his title defence campaign in the second round against world no.24 Juan Monaco. The Argentine beat American Sam Querrey in straight sets 7-6(7), 6-2.

Meeting Federer (SUI, 1) is not possible before the finals. Andy Murray (GBR, 3), Fernando Verdasco (ESP, 6), David Ferrer (ESP, 7)… are also in the upper part of the draw.