Miami draw is out, Nole against Baghdatis in second round! 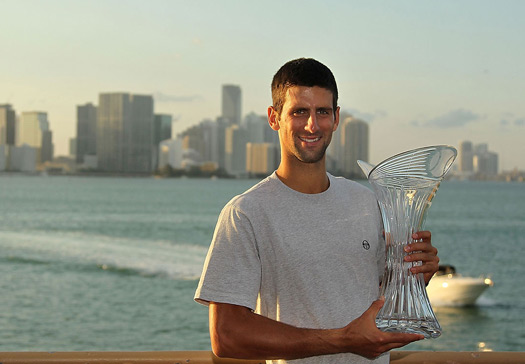 Draw has been made for the Sony Ericsson Open tournament in Miami, the second ATP World Tour Masters 1000 event in 2012.

Nole, world no.1 and top seed, has a first-round BYE. Defending champion will open his campaign against world no.42 Cipriot Marcos Baghdatis who defeated no.77 in the ATP rankings, Argentine Leonardo Mayer in straight sets.

Novak is looking to add his third Sony Ericsson Open crown to his collection of 10 Masters 1000 titles.