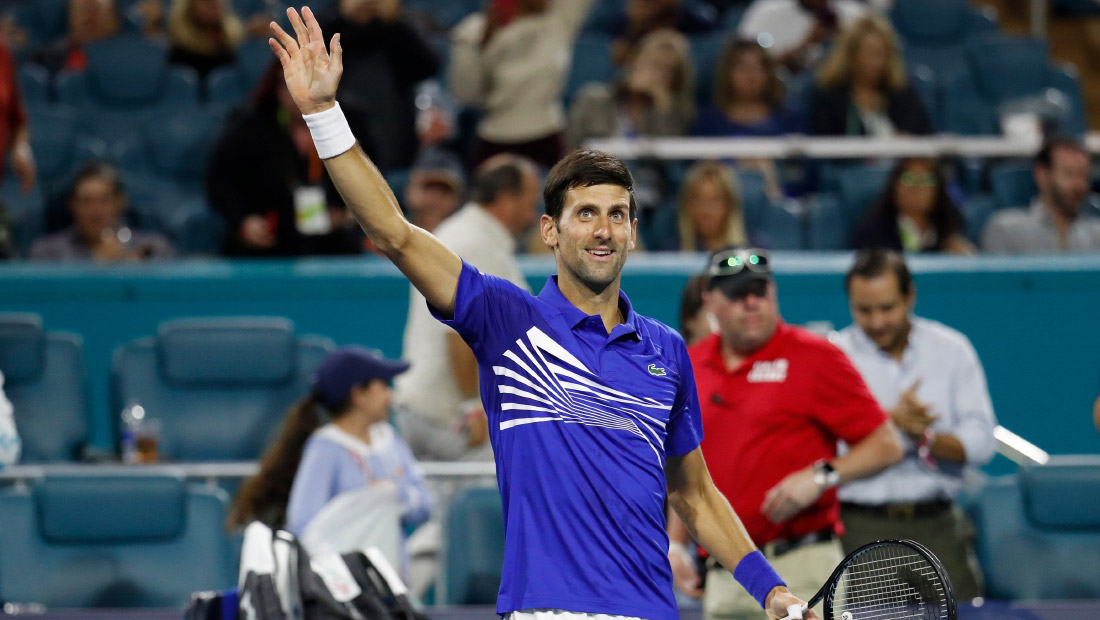 World no.1 began his quest for a seventh title at the Miami Open presented by Itau on Friday night with a 7-6 (2), 6-2 victory over ATP no.81 Bernard Tomic.

The Serbian star needed just 73 minutes to seal his first win at Hard Rock Stadium, the new home of the Miami Masters, and move past the Australian into Round 3.

Tomic broke first, but Nole broke back immediately to level at 3-all and went on to clinch a tie-breaker 7-2.

The second set was one-way traffic, as Novak broke twice, in the first and seventh games, for his sixth triumph in as many meetings with Tomic.

“Tomic doesn’t give you much rhythm at all. Every ball is different. He can play equally well in the court and far behind the baseline, slows down the pace. He just has a very unconventional shot. Kind of hard to play someone that you can’t really predict what’s next,” said Novak. “Second set I played better. Overall it was a solid match.”

Djokovic will next face Federico Delbonis who beat no.32 seed John Millman (AUS). It will be the first career meeting between Novak and the Argentine.