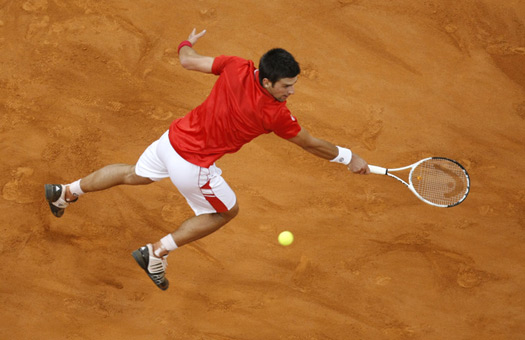 Top-seeded Novak Djokovic has a first-round BYE. He will begin his campaign against the winner of the match between Frenchmen, world no.57 Florent Serra and world no.65 Stephane Robert.

Last year Nole lost to Rafael Nadal in the finals.

Serbian duo Novak Djokovic/Viktor Troicki will play against Thomaz Bellucci (BRA)/Albert Montanes (ESP) combination in the first round of doubles competition on Monday.