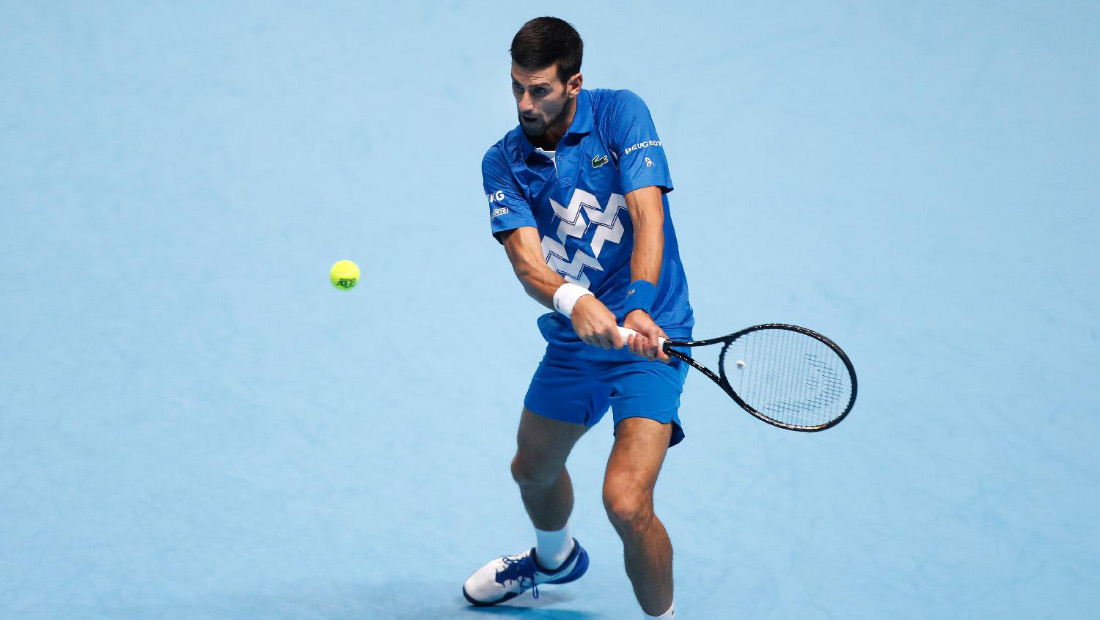 Top seed and five-time former champion Novak Djokovic failed in attempt to score his second win in as many matches at the 2020 season finale in London, as he was defeated by no.4 seed Daniil Medvedev 3-6, 3-6 in one hour and 21 minutes at The O2 Arena.

Novak didn’t play his best today, while on the other side, the Russian was rock solid.

Medvedev produced an impressive display, saving the only break point he faced, and converting three of eight break point opportunities. This was his third victory against Djokovic in their seven H2H meetings.

“Pretty bad seven games in a row. In no time, it was 6-3, 3-0. I can’t allow these things to happen against one of the best in the world,” said Novak. “At 3-3 I haven’t capitalized game points and I dropped my level, tennis and fitness-wise. I was struggling physically at the end of first and at the start of the second set. He is serving great, he doesn’t make errors.”

Medvedev has qualified for the semi-finals, while Novak will look to book his place in the last four when he meets sixth seed Alexander Zverev on Friday (14:00 local time / 15:00 CET) in Group Tokyo 1970.