Nole and Murray team in doubles in Miami 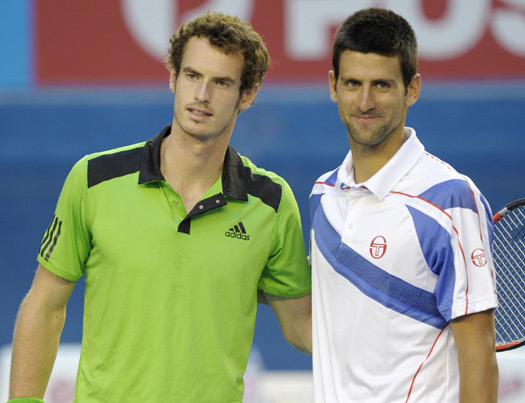 Good mates, Novak and Andy Murray will be on the same side of the net in the doubles competition at the Masters tournament in Key Biscayne.

Serbian-British combination faces Sergiy Stakhovsky and Mikhail Youzhny in the first round of the Sony Ericsson Open.

They both won their first doubles career titles in 2010, Nole in Queen’s Club, Murray in Valencia.

They’ve discussed playing together at some point and this tournament seemed to be the place to do it.

”Yeah, we both wanted to play,” said Murray. “We were talking about trying to play Indian Wells and then I said I wanted to try and play with my brother if I got the chance. I think we can do well together. It can be pretty beneficial to our game to play doubles.”

Nole and Andy could potentially play no.2 seeds Max Mirnyi and Daniel Nestor in the second round should both teams advance.