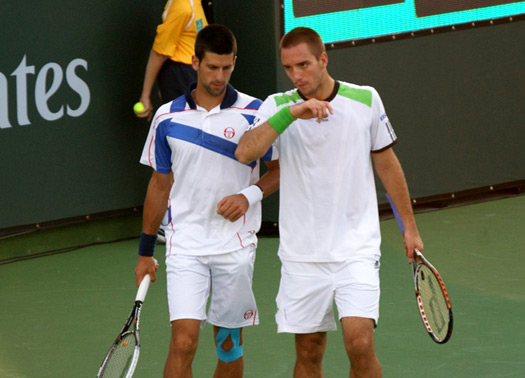 Novak Djokovic and Viktor Troicki are through to the second round of the doubles competition at the ATP World Tour Masters 1000 event in Indian Wells.

Djokovic and Troicki will next play against no.7 seeds Lukasz Kubot (POL) and Oliver Marach (AUT).

Nole will open his singles campaign on Sunday about 7pm local time (Monday about 3am CET), against world no.39 Andrey Golubev of Kazakhstan who beat German Florian Mayer 6-2, 6-1.