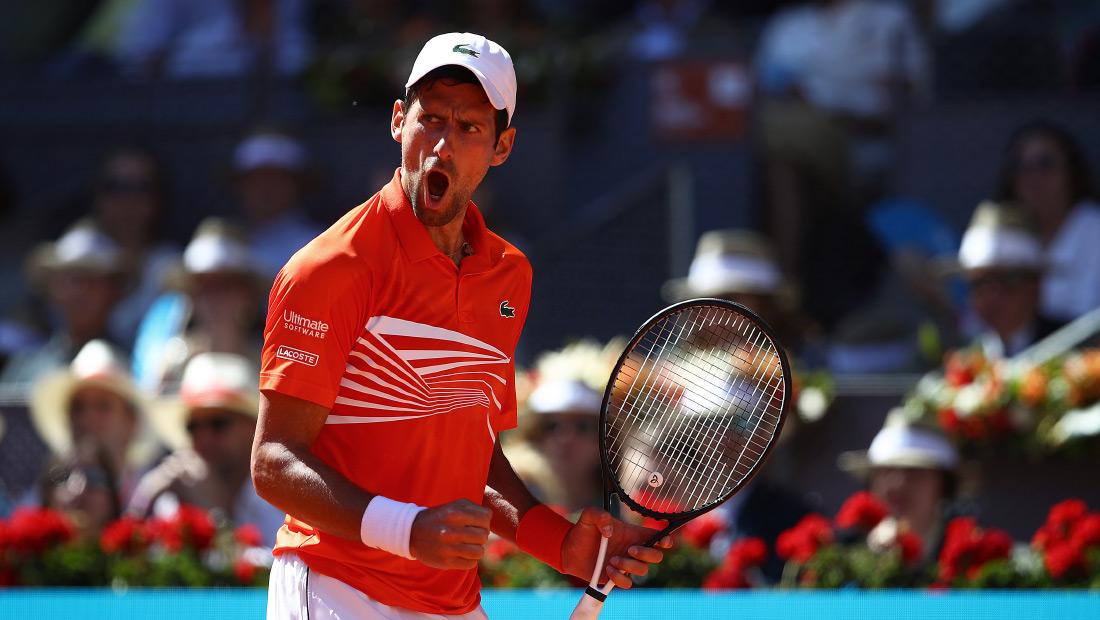 Top seed Novak Djokovic beat Diego Schwartzman 6-3, 6-7 (2), 6-3 to move into the championship match of the Internazionali BNL d’Italia on Saturday.

After a routine opening set, Novak was in trouble throughout the second set as the Argentine twice went up a break. The Serbian star fought back and took the set to a tie-break but his rival won six points in a row from 1-2 down to take the match to a deciding third set.

The games went on serve until the sixth game, when the four-time former champion Djokovic broke one last time for a 4-2 lead and never looked back. The world no. 1 closed it out after two hours and 31 minutes of play.

“Credit to Diego. He came out with the right game plan. He was hitting the ball clean. He was hitting it fast. He was mixing up the pace. It was really hard to read the play,” Djokovic said. “It has been a very close match. Now I have to rest. I don’t feel as fresh as the beginning of the week but I’m fine”.

Novak will play in his 49th ATP Masters 1000 final when he takes on second seed Rafael Nadal on Sunday at 16:00 CET.

The two tennis greats have met 53 times. Djokovic leads their H2H 28-25, having won nine of their past 11 matches.

Whoever wins will capture a record 34th ATP Masters 1000 title. They are currently tied at 33 each.