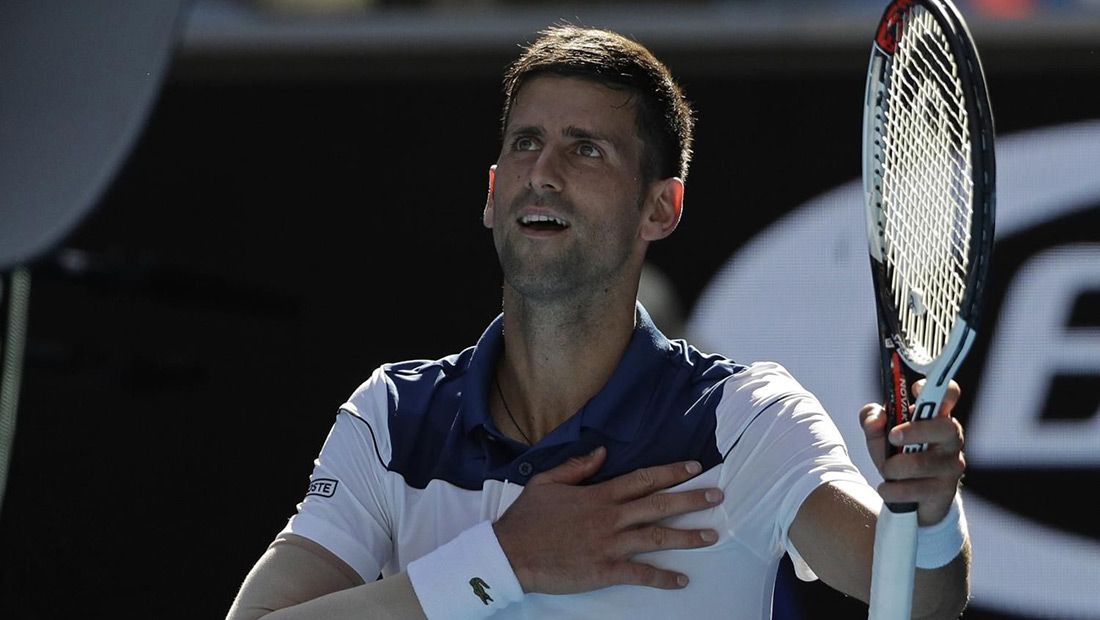 No.14 seed Novak Djokovic survived a scorching Melbourne summer’s day and an early challenge from Gael Monfils on Thursday to reach the Australian Open third round.

The pair entered the arena mid-afternoon and played through the worst of the heat, as the temperature hit 39C in shade (69C on court).

Monfils got off to a flying start, aiming for his first tour-level win against Novak on 15th attempt. He went up a double break after ten minutes of play before Djokovic fought back to level. The Frenchman came with big shots at the right time to take the opening set, but the six-time titlist regrouped in time to come through a huge test.

It was midway through the second set when Monfils started to struggle with the conditions, and Novak took advantage. He broke the ailing opponent’s serve five more times, and saw off five break points en-route to clinching the victory in the fourth set in two hours and 45 minutes.

“It was obvious that we both suffered on the court today,” said Djokovic. “Really tough conditions, brutal, especially for the first hour and a half. I knew it was going to be a big challenge for both of us. Gael is one of the best athletes in our sport. I was just hanging in there, trying to use every single opportunity that was presented. He wasn’t at his best at the end of the second and entire third set. The fourth could have gone either way. I’m not at 100% but building…I know what I’m capable of. Coming to this court is a special feeling, I’ve had wonderful memories in the past, it’s been the most successful court I’ve played on in my career.“

Novak, who recorded his 60th match win at Melbourne Park, next faces no.21 seed Albert Ramos-Viñolas (H2H 4-0). The Spaniard advanced with a straight sets win over American wildcard Tim Smyczek.