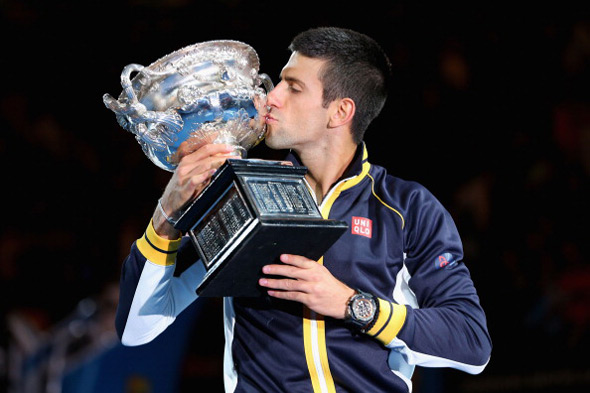 Novak captured his 35th career trophy and sixth Grand Slam championship (tied with Boris Becker and Stefan Edberg), having also triumphed at 2011 Wimbledon and US Open.

Tonight’s match-up was the 18th between the pair and their third major final, with Djokovic now enjoying an 11-7 career win-loss record against his rival.

“What a joy,” Novak said in an on-court interview. “It’s an incredible feeling winning this trophy once more. It’s definitely my favourite Grand Slam and my most successful. I love this court. I’d like to congratulate Andy and his team for a great two weeks. We’ve played so many important matches in the past few years and I hope there are many more to come.”

It was Agassi, also a four-time winner in Melbourne, who presented Novak with the trophy.

“He’s a legend of the sport. He had so much success, he won Olympic gold medal, Grand Slams. It was a pleasure and honor for me to receive the trophy from him.” 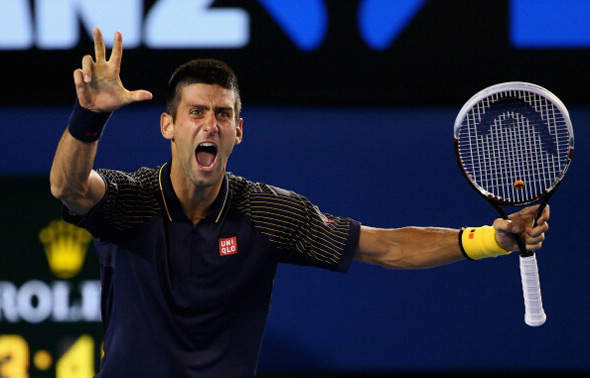 After both players split the first two sets in tie-breaks, with Murray capturing the opening set and Djokovic winning the second, Nole began to take control of the match.

Neither player was challenged on serve in the third set until the eighth game, when Novak won a 36-stroke rally that highlighted his growing confidence. Nole started firing forehand winners and Murray found himself at 0/40. He saved two break points, but the top seed capitalised on his third opportunity and served out the set to love for two sets to one lead.

After fending off a break point in the second game of the fourth set, Djokovic broke Murray in the third game before securing the double break two games later, and sealed a record-breaking third straight title in Melbourne.

“When you play one of your biggest rivals who is in top form in the finals of a Grand Slam, there is a lot to play for,” Novak said at the press conference. “I think it went two hours, 20 minutes, the first two sets, that says enough about the intensity of the match. I expected that and I knew that it’s going to be physically very demanding, a lot of long rallies. There were a few turning points. Maybe one of them was the second game in the second set when I was 0/40 against the breeze. He missed a few shots. I managed to have that crucial hold. After that I felt just mentally a little bit lighter and more confident on the court than I had done in the first hour or so.” 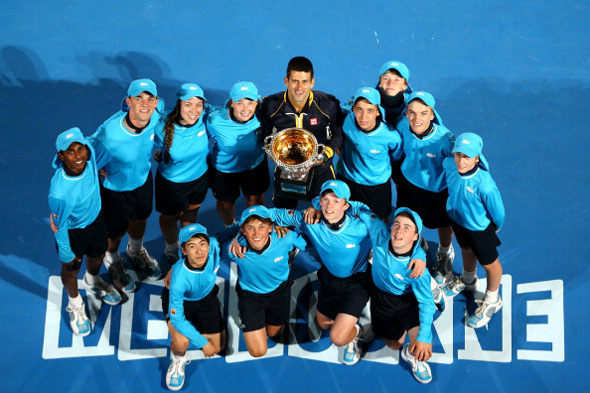 With this remarkable victory, Nole defended 2000 ATP points for a perfect start of the 2013 season.

Djokovic will join team of Serbia for the Davis Cup by BNP Paribas World Group first round tie against Belgium, to be played on 1-3 February in Charleroi.