Nole blasts past Berdych for his eighth semi-final in Paris! 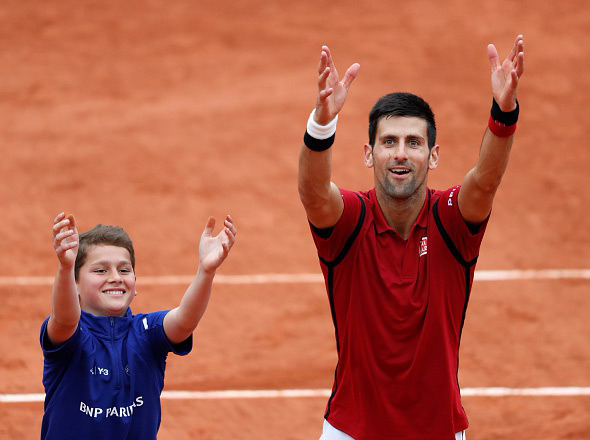 Novak Djokovic’s French Open campaign remained in full swing as he carved out a victory over no.7 seed Tomas Berdych to earn a place in a semi-final of a major for the 30th time in his career.

The top seed clinched a 6-3, 7-5, 6-3 win in two hours and six minutes on Thursday to advance into his sixth consecutive semis on Parisian clay.

It was the 26th meeting between Djokovic and Berdych, the world no.1 now leads their ATP Head2Head rivalry 24-2 and has won their past 11 meetings.

From 3-3 in the first set Novak found his top gear. He raced to a 6-3, 3-0 advantage. The Czech fought back to level the second set at 4-4, but the Serbian ace broke his serve again in the 12th game to build two sets to love lead. Berdych made a break in the opening game of the third set, but Djokovic hit straight back and again capitalised on his chance in the eighth game, then closed out the match with a service winner.

“A quarter final of a slam is always a tough match, you have to play tactically“, said Novak. “It was very difficult for both players but I found my best game today and for that I’m very very happy.“

Novak will be trying to reach his fourth final at Roland Garros, when he takes on 13th seed Dominic Thiem on Friday (2-0 H2H record). The Austrian beat no.12 seed David Goffin (BEL) in four sets.