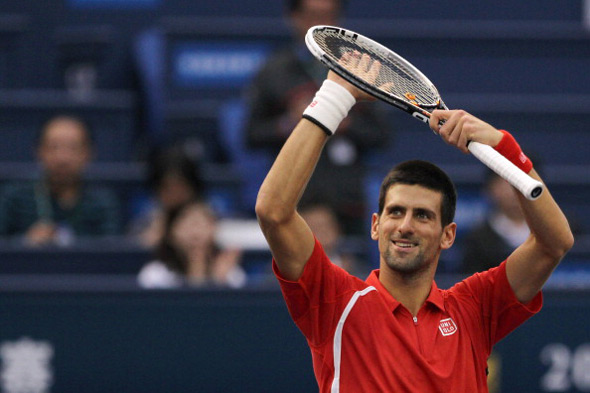 World no.2 Novak Djokovic advanced to the quarter-finals of the Shanghai Rolex Masters defeating Feliciano Lopez 6-3, 6-3 on Thursday.

The 25-year-old Serbian star converted three of his seven break point opportunities and won 93 per cent of points behind his first serve to beat the Spaniard in 68 minutes.

It was their fifth career meeting, Nole leads 5-0.

Games went on serve until the eighth game of the opening set, when Novak earned two break points and capitalised on the first for 5-3. He closed the set in comfortable fashion.

The five-time Grand Slam champion continued his momentum into the second set, and with two breaks of serve, in the third and ninth games, wrapped up another victory to reach the last eight.

“I’m trying to enjoy the efficiency of my serve,” said the no.2 seed. “I’m not very well known around the tour for big serving. But so far in this tournament, and also in Beijing, it has been working very well for me. It has been giving me a lot of free points, a lot of confidence into the matches.”