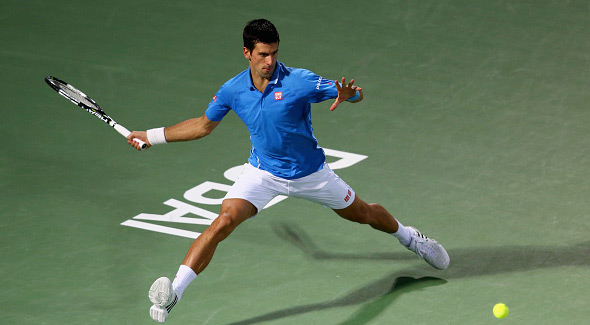 Four-time former champion Novak Djokovic cruised into the quarter-finals of the Dubai Duty Free Tennis Championships on Wednesday with a convincing 6-1, 6-2 win over Kazakhstan’s Andrey Golubev.

The 27-year-old Serb claimed his 11th win of the season in just one hour.

Djokovic broke twice in each set, won 76% of his first service points and was 8/8 on net approaches. He didn’t face a single break point during the fourth career encounter against Golubev (4-0).

“Having one match under my belt before today’s encounter helped me to feel a bit more comfortable to move quicker around on the court,” said Novak. “It was just a much better performance than yesterday. Hopefully I can improve as the tournament progresses.”

It will be the first career meeting between the two.

The top seed is playing in Dubai for the ninth time (32-4 record). He is bidding to win his 50th tour-level title this week.