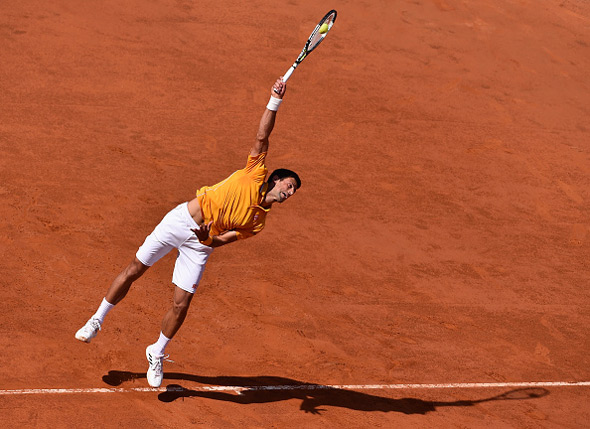 Nole is one victory away from lifting his fourth trophy in the Eternal City.

World no.1 Novak Djokovic will have the opportunity to defend his Internazionali BNL d’Italia title after ousting 2010 finalist David Ferrer 6-4, 6-4 on Saturday in the semi-finals of the ATP Masters 1000 tournament in Rome.

Djokovic broke once in each set and saved all three break points he faced to beat Ferrer for the ninth time in a row (H2H 15-5). He improved to a 34-2 record of the season.

“Comparing to the previous matches, this was definitely the best so far,” Novak said. “It’s satisfying, gives me reason to believe I can play at this level and maybe even better tomorrow. I did have some ups and downs in terms of overall performance in my first three matches. Today, consistency was the right word to use.”

Novak will contest his sixth final at Foro Italico on Sunday at 16:00 CET when he meets no.2 seed Roger Federer (18-20 H2H). The Swiss defeated his countryman Stan Wawrinka 6:4 6:2.