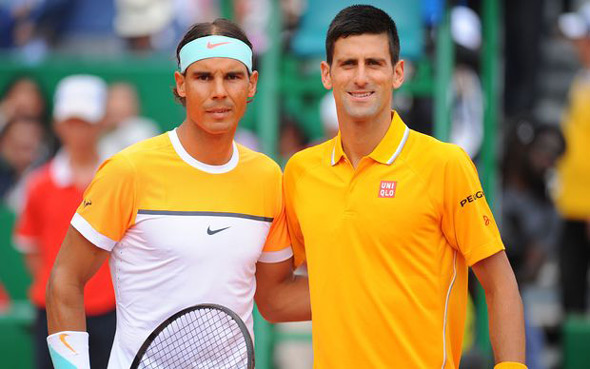 Aiming to become the eighth man in history to complete the career Grand Slam, world no.1 Novak Djokovic moved to within three victories of achieving that feat, defeating no.20 seed Richard Gasquet in the fourth round of the French Open on Monday.

The top-seeded Serb raced to a 6-1, 6-2, 6-3 triumph in two hours at a packed Philippe-Chatrier, extending his winning streak against the Frenchman to nine matches (career H2H 11-1).

The victory also extended Nole’s run of having made the last 8 at the last 24 grand slams.

Djokovic was back at his ruthless best to brush aside the home favourite. He broke seven times from 23 opportunities and saved eight of the nine break points he faced to seal the win, improving to a 39-2 record on the season.

The Spaniard has topped Nole six times on Parisian clay, and leads their overall ATP H2H 23-20. Novak won their most recent encounter in the Monte-Carlo Rolex Masters semis (6-3,6-3) and is riding a 26-match winning streak, dating back to Davis Cup R1 in March.

On his upcoming clash with Nadal, Novak said: “Playing Rafa in the French Open quarter-finals will be the biggest possible challenge for me on clay. It will be a great match. The match that everybody anticipated or expected. I’m not used to playing him that early, but that’s reality and a challenge that both of us have to accept.”