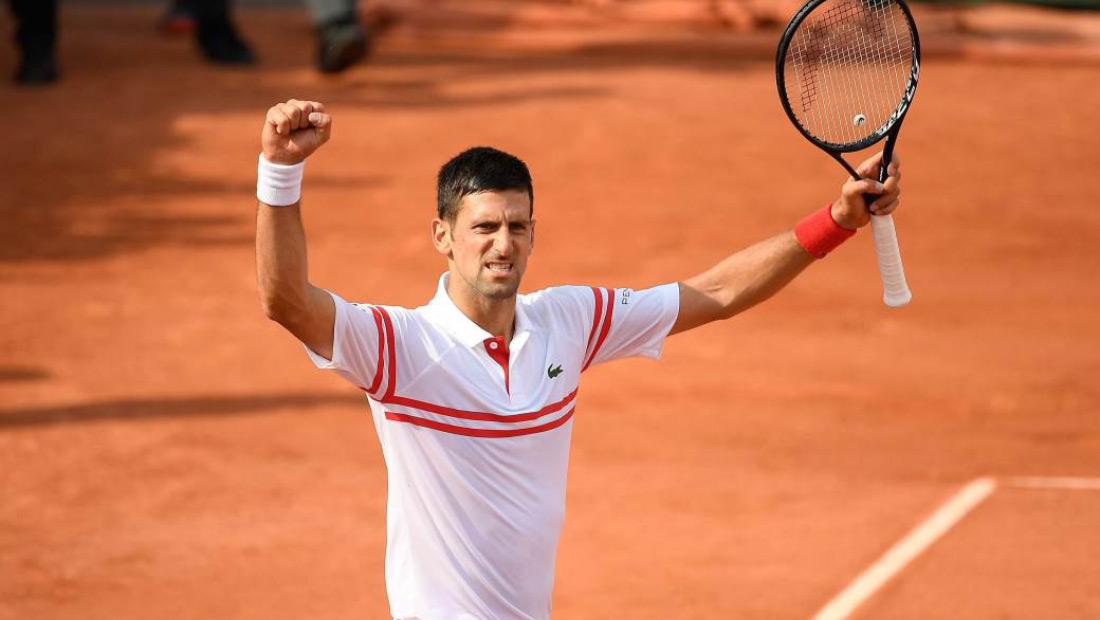 A remarkable match and a sensational victory for Novak!

In one of the biggest blockbuster matches in tennis, Nole and Rafa produced amazing level of play in their 58th career match-up.

The Serbian ace booked himself a place in the championship match with an impressive triumph over the 13-time titlist on Court Philippe Chatrier, taking a step closer to his 19th major trophy. The spectators were enjoying an absolute masterclass from Djokovic and Nadal that lasted four hours and 11 minutes.

It’s just the third defeat Nadal has suffered on the Parisian clay in 108 matches.

The match  was full of twists, turns and sensational tennis.

Novak lost the first five games unable to find his rhythm, but stood up to the challenge to clinch one of the greatest wins of his impressive career.

Djokovic was unable to consolidate an early break at 2-0 in the second set, but remained calm and did back up another in the sixth game. The top seed saved two break points at 5-3 before levelling the contest.

The third set proved crucial. The two tennis greats showed incredible shot making, athleticism and mental fortitude in one of the best sets ever seen, earning standing ovations and chants. They traded breaks twice before going to a tie-break. Nadal sent a volley long at 4-4, handing the initiative to Novak who had two serves for the set. He won both points to seal the compelling set.

The fans were allowed to stay till the end despite France’s 11pm curfew. The decision came after a remarkable 96-minute third set battle.

The Spaniard broke in the first game of the fourth set and led 2-0, but could not cope with Nole’s stratospheric level as the Belgrade native quickly won the next six games to wrap up the win.

“It is a privilege to be on this court with Rafa. Definitely the best match I was ever a part of at RG, and top three in general,” said Novak. “To win against him on this court you have to play your best tennis, and tonight I played my best tennis. Even though I didn’t have a great start, I felt that I was hitting the ball well and that I need to get into his match and adapt to his ball. It’s hard to find the words to sum up how I feel. Electric atmosphere. One of the nights you remember forever.”

If he beats the 22-year-old Greek, Djokovic will join Roy Emerson and Rod Laver as third player in history to win all four Grand Slam men’s singles titles twice.