Nole eases into the semifinals of Serbia Open! 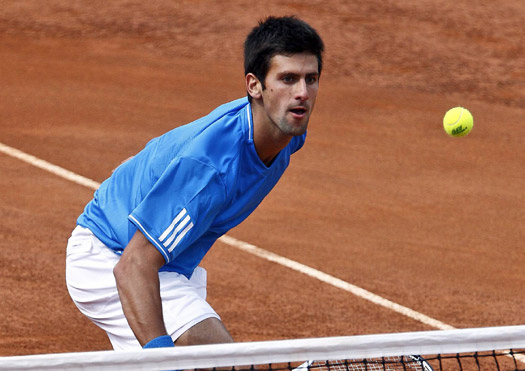 08. 05. 2009. · The best Serbian tennis player reached the semifinals of the first Serbia Open tournament in Belgrade with a straight sets win over his compatriot world number 38 Viktor Troicki 6-3 6-2.

Djokovic was broken in the opening game of the match, but he broke back immediately and then held to 15 to go 2-1 up. No.3 seed faced two break points in the fifth game but saved them both. Troicki lost his momentum and let Novak break his service for the second time. The younger Serb won the first set 6-3.

Troicki couldn’t find his rhythm in the second set either. Nole made two breaks, in the third and fifth game and then closed the set 6-2.

Djokovic will play against Andreas Seppi (36) for a place in the finals. The Italian defeated Brazilian Marcos Daniel in straight sets, 6-4 7-5.

The semifinal match is scheduled on Saturday at 20.00 CET.